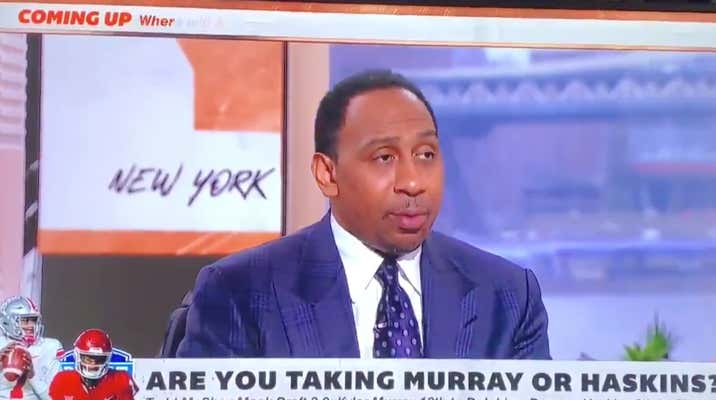 One of my favorite parts of NFL draft season is hot take artists throwing around uninformed opinions as if they are facts. It reminds me of Bill Simmons being featured on ESPN’s NBA draft coverage and openly admitting that he likes a certain draft pick because of a few “YouTube videos” he watched.

Today we had Stephen A Smith discussing Dwayne Haskins:

In this clip, Stephen A claims Dwayne Haskins is “more of a runner than a thrower.” Immediately Stephen A says “I could be wrong about that” instead of what he should of said “I could be being racist about that.”

Dwayne Haskins is the opposite of a runner. In 2018, he had 108 yards rushing on 79 rushing attempts:

This begs the question, does Stephen A need to take his own advice and stay off the weeeeeeeeeduh: