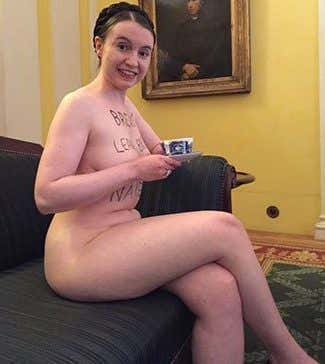 For the stoolies out there who went to college, I bet you’ve had some wild professors. Every college student I know has a story or two about their various professors throughout their 2-4 years in “higher education.” I felt like I heard it all, but then I stumbled upon the story of this Brittish professor who lectured naked about Brexit:

SOURCE-Many British academics are ardently opposed to Brexit. Others are passionate in their commitment to the idea that women can do what they like with their own bodies. But Victoria Bateman — fellow in economics at Gonville and Caius College, University of Cambridge — must be highly unusual in bringing the two causes together, most recently in a performance titled Brexit: The Naked Truth, where audience members got a chance to create a living anti-Brexit petition by signing her bare body.

Often I hear professors complain about their classes not getting enough students. You want to make sure your class gets picked up? Give a lecture naked. Your class will be booked before registration begins.

Bateman started off the lecture with her clothes fully on: 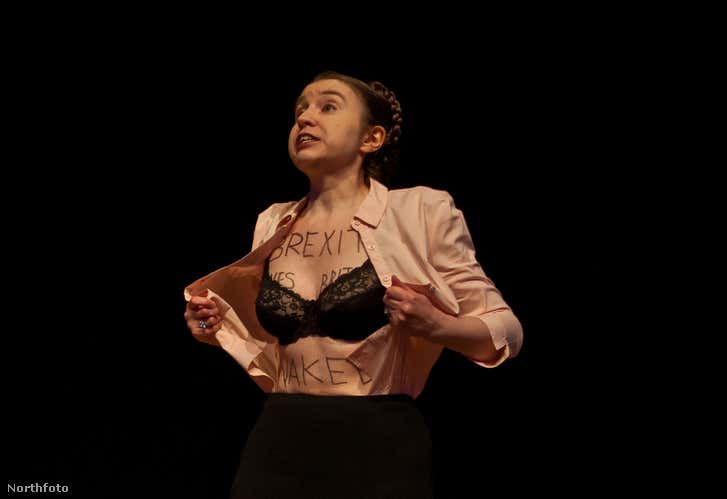 And slowly dispersed of her clothing until she was fully nude: 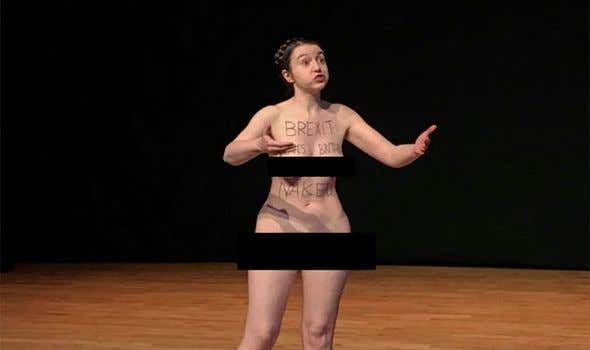 I think it’s safe to say this is the first stripping session ever done during an econ lecture. That’s not bad considering every Econ professor I’ve ever seen is an old, overweight white guy.

Bateman recently did a radio interview on BBC, naked: 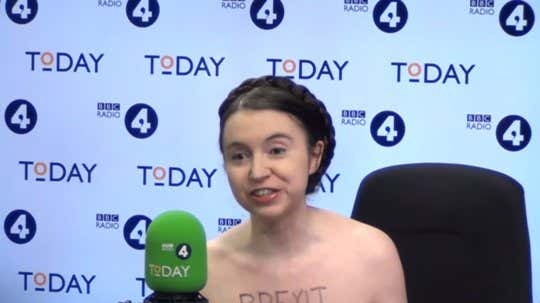 Hell of a way to spread her message. It’s working. This isn’t the first time she used the nude method: 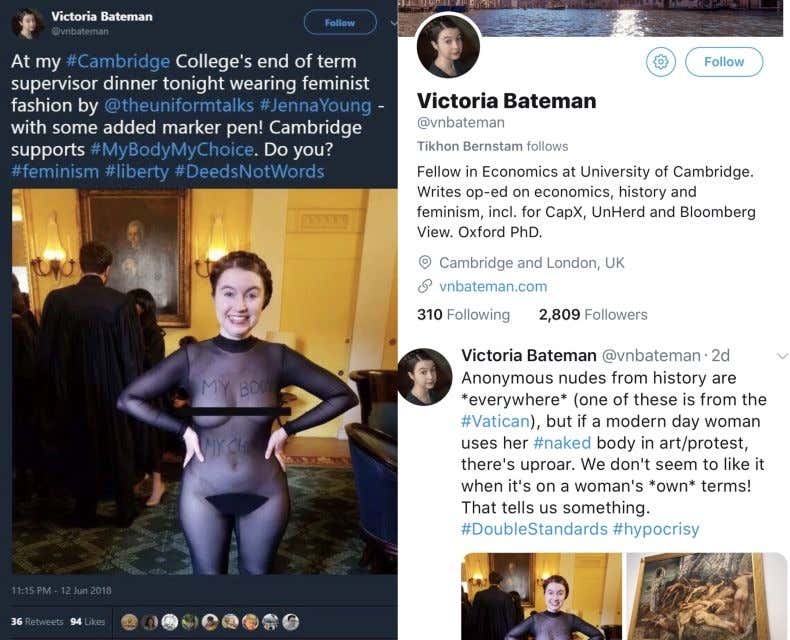