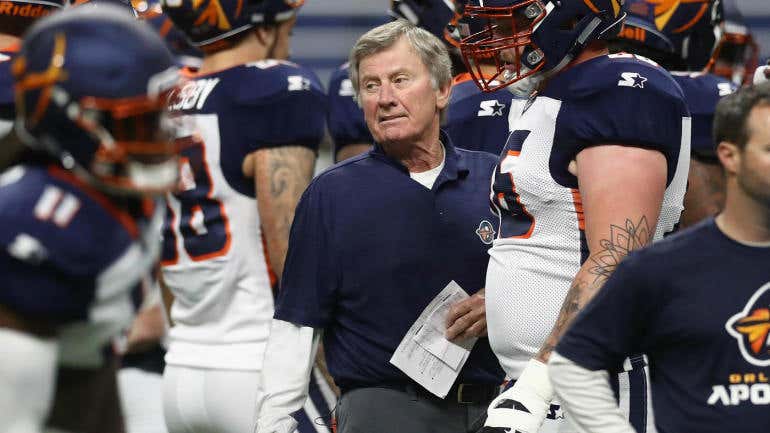 Ha! You thought football was over? I’ve got some good news for you:

The Alliance is HERE. What do you need to know?

-The goal of the league is to be quick and offensive. Every team has to go for two. There are no kickoffs. Every team gets the ball on the 25-yard line. Instead of onside kicks, a team gets to attempt a fourth-and-10 from its own 35-yard line and keeps the ball if it converts, otherwise the other team takes over.

-There are 30 second play clocks instead of the normal 40 in NFL.

-The league is deemphasizing offensive holding. This could be very funny.

-Most importantly, there are LINES: 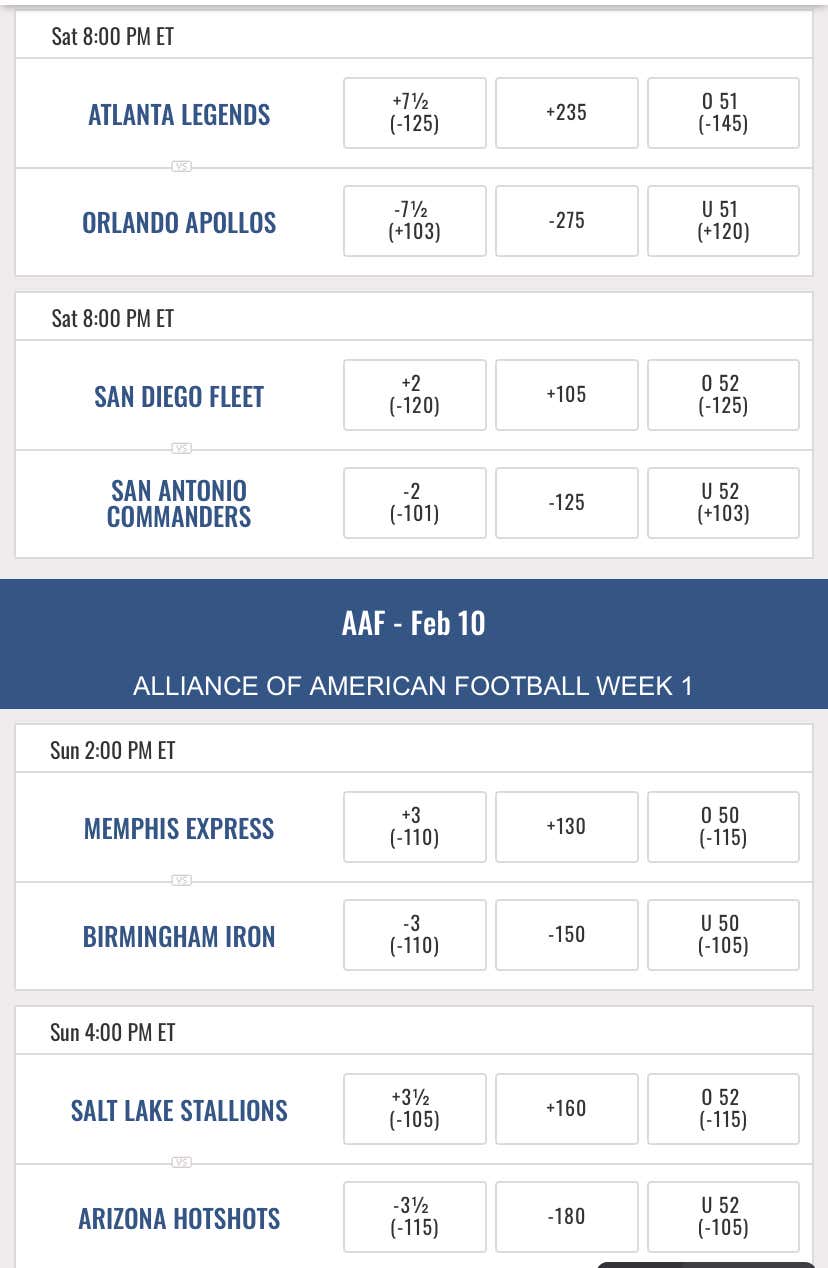 Now to the obvious, there are a lot of unknowns in this league. Pretending to know much outside of speculation would be ridiculous. With all that being said, we’ve gotten to the part of the blog where I will act like I know everything about the AAF.

As much as I love the head ball coach, I can’t imagine Spurrier cares too much about the Orlando Apollos. I assume there’s been 10x more time spent on the golf course than watching film. The Atlanta Legends on the other hand had Mike Vick as their OC until a week ago when they moved him to an “advisory role.” A common theme in this league is: shitshow.

Handicapping for the first few weeks will come down to coaching and QB play. Atlanta QB Matt Simms made his brother Chris look like an NFL HOFer during his stint in the NFL. Kevin Coyle is the HC for Atlanta and has a defensive background (DC for Miami from 2012-2015). It may help Atlanta later in the season, but defenses will struggle early on in this offensive based league. They scored just 11 points in their preseason game.

The Apollos aren’t much better. Their preseason game saw 31 points thanks to a pick-6 and 2 scoring drives with less than 4 plays. Garrett Gilbert is the QB (gross). I’m going contrarian here.

Mike Martz (SD Fleet head coach) campaigned the greatest show on turf with the Rams. The San Antonio Commanders are the only team with an indoor stadium in the league. That’s enough to take the underdog here if you ask me. Plus, oddsmakers saw the Fleet as one of the best teams in the league before Josh Johnson left to play for the Redskins. QB Mike Bercovici from ASU isn’t that far of a drop off. Give me the Fleet.

Both Games tonight are on CBS. I don’t know how that’s gonna work to be honest, but should be fun.

I’ll be back tomorrow with Sunday’s picks.