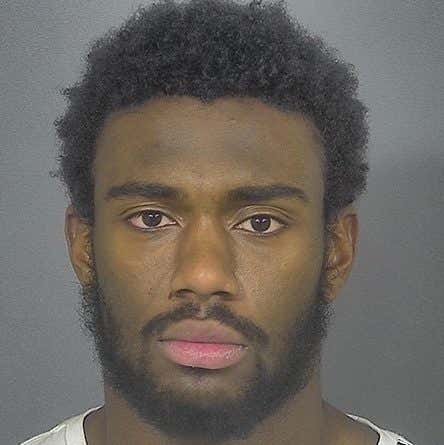 Notre Dame WR Javon McKinley has had a disappointing college career. After a broken leg in 2016 and missing most of 2017, the former 4-star recruit played just 5 snaps in 2018.

SOURCE-Javon McKinley, a reserve wide receiver at Notre Dame, was charged Monday with three misdemeanors, including two Class A counts of battery, after being arrested by campus police early Sunday.

God is going to be very disappointed in you, Javon! He is not a fan of one misdemeanor charges, let alone 3!

SOURCE-Notre Dame wide receiver Javon McKinley was arrested Sunday morning after cops say he drunkenly tried to fight TWO officers, one of whom is a woman … according to court docs obtained by TMZ Sports.

According to court records, Notre Dame University Police officers were dispatched to help out a male who had passed out in the back of an Uber at 3:50 AM.

The officers identified the man as McKinley and tried to help him to his dorm — noting he reeked of booze.

Ahhh, the ole passing out in the back of an uber at 3:50 AM. I’ve come very close to doing this, so I can relate. However, I cannot relate to punching two police officers:

In the officers’ attempt to restrain McKinley on a cold night, he reportedly punched both officers “in a rude, insolent or angry manner,” causing pain.

No discipline by Brian Kelly has been released yet. Maybe Kelly’s experience with Yoga will allow him a forgiving mind and give McKinley a second chance.