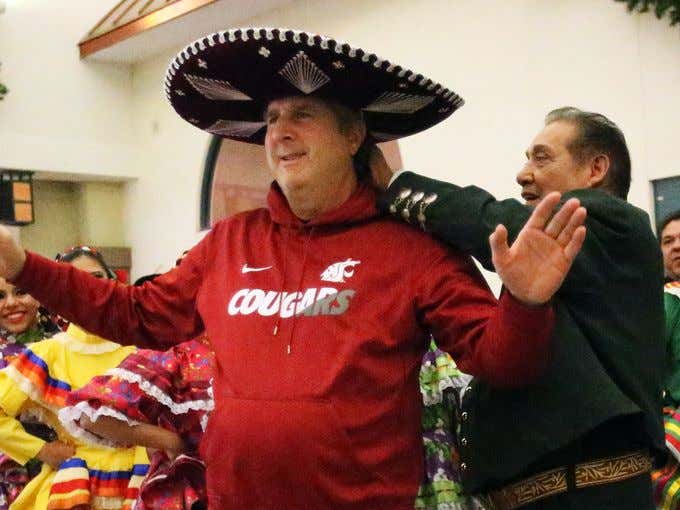 In case you didn’t hear (you probably didn’t), Mike Leach has been floating a rumor that he will be teaching a class at Wazzu for most of the offseason. The title of the class? “Insurgent Warfare & Football.” The perfect name for a class taught by Mike Leach.

Yesterday, Leach gave us an update on the class via Twitter: 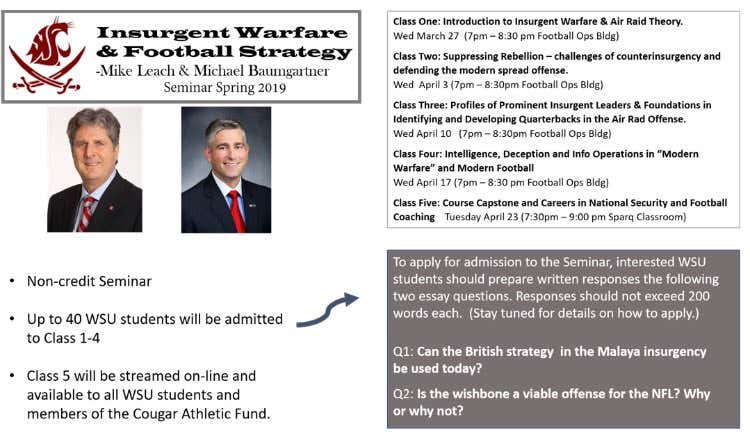 It’s good to see that Leach’s attempt at swinging his sword in the classroom is going well. The two essay questions to get into the class exemplify Mike Leach in a nutshell: 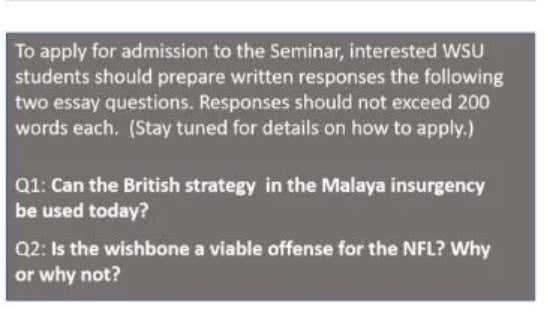 Combining these two questions made me laugh. Absolutely hysterical. Can I somehow transfer to Washington State and major in “Football & Insurgency Warfare?”