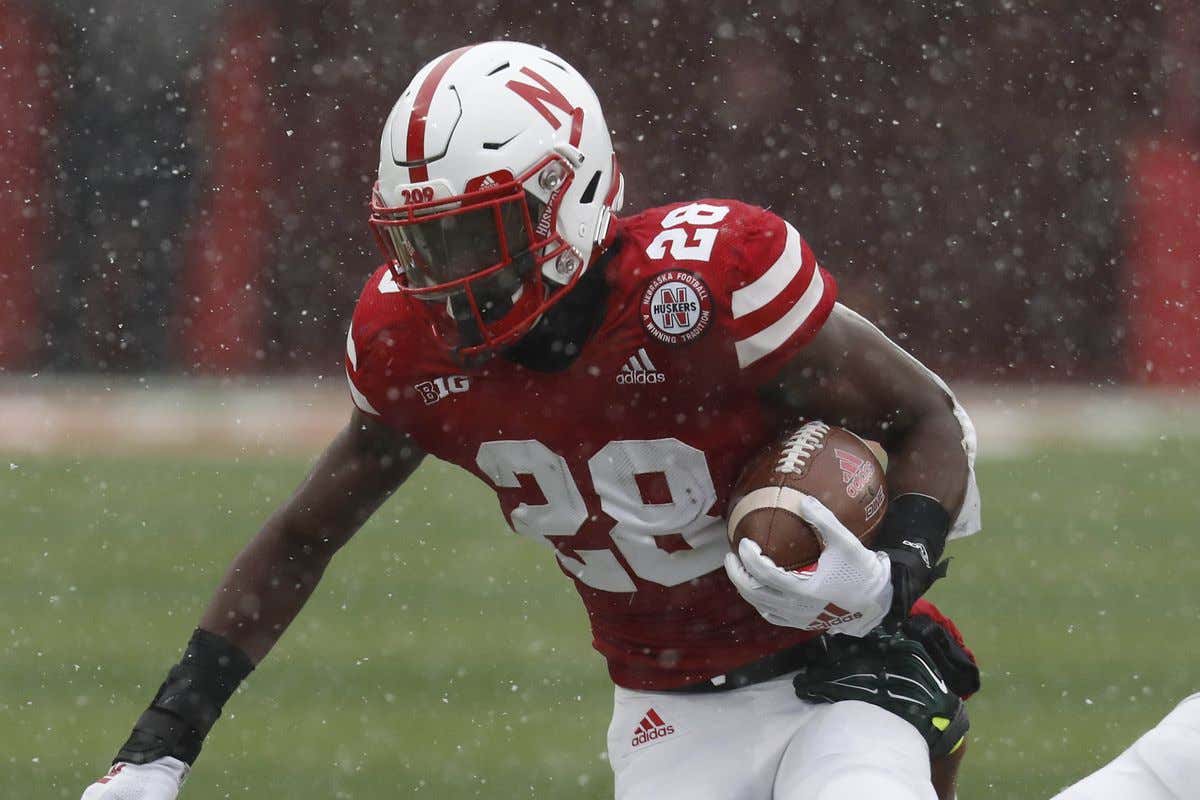 Recent court documents reveal that Nebraska allegedly were contacted about these charges in September, but still allowed Washington to play the 2018 season. Notttttt great!!!!

SOURCE-The records state on August 29, 2018, authorities from the Santa Clara Sheriff’s Department reached out to the Nebraska Attorney General to ask for assistance.

The details of the case were provided to an investigator with the Nebraska Attorney General’s office in an attempt to locate and speak with Washington, who was playing football for the Huskers.

The investigator reached out to Washington “several times” to call Washington without success, as well as sent multiple text messages, according to the court records.

Ignoring the Attorney General’s office like it’s an annoying ex-girlfriend is certainly a bold move.

The investigator also reached out to the University of Nebraska Lincoln Police Department to try to contact Washington. The investigator was eventually contacted by Jamie Vaughn, Senior Associate Athletic Director for Compliance for the UNL Athletic Department, on September 13th. Vaughn said he had spoken to the UNL football staff, and “they were concerned about him needing a lawyer”. Vaughn indicated to the Attorney General investigator he would attempt to schedule an interview date for the investigator to speak with Washington.

Eeeeekkkkk. If this is true and the Nebraska police and athletic department did not handle this situation correctly, you have a scandal on your hands. Something about the Big 10, folks.

Bruning contacted investigators five days later, and said he had briefly spoken to Washington about the case and was told he did “not know what Mr. Bruning was talking about and he was befuddled by it,” court documents state. The investigator again requested an interview with Washington.

Yes, take the word of the college student in a situation involving the law. His word is as good as gold. No player in this situation has ever lied.

This also goes against Scott Frost’s comment on players with issues in the past with women:

Washington’s high school career wasn’t phenomenal off the field. He was kicked out of a school in Texas for “behavioral problems” before being sent back home to California:

SOURCE-Washington didn’t finish the semester at Trinity. He was expelled from the school and sent home to California, where he completed his course work. Aveion Cason — Trinity’s head coach at the time — said Washington was expelled because of behavioral problems. “He got in trouble, and he was expelled,” Cason told The World-Herald in May.

An accomplished football player, Washington received zero offers from any schools in Texas, which certainly raises an eye to what those schools knew.

This case gets a bit more confusing considering Joel Brunning saying he didn’t contact the school at all:

An attorney who became the primary contact for investigators as they attempted to contact Maurice Washington beginning last fall, says he didn’t represent the University, and he didn’t inform them of details of the case against Washington.

The court documents say that attorney Jon Bruning “said he was representing the UNL Athletic Department” when he was told the nature of the case against Washington by an investigator with the Santa Clara County Sheriff’s Department.

A separate report from the Nebraska Attorney General’s Office said Bruning also told them he was representing the Athletic Department as an attorney, “but if this was a criminal matter, he would probably refer the case to another attorney.”

However, Bruning, who’s the former Nebraska Attorney General, disputed that Wednesday, telling the Associated Press that he never represented the school as legal counsel and did not share search warrant details with the University last fall.

A lot still has to be worked out here. One thing is for sure, Nebraska isn’t excited about this whole situation.