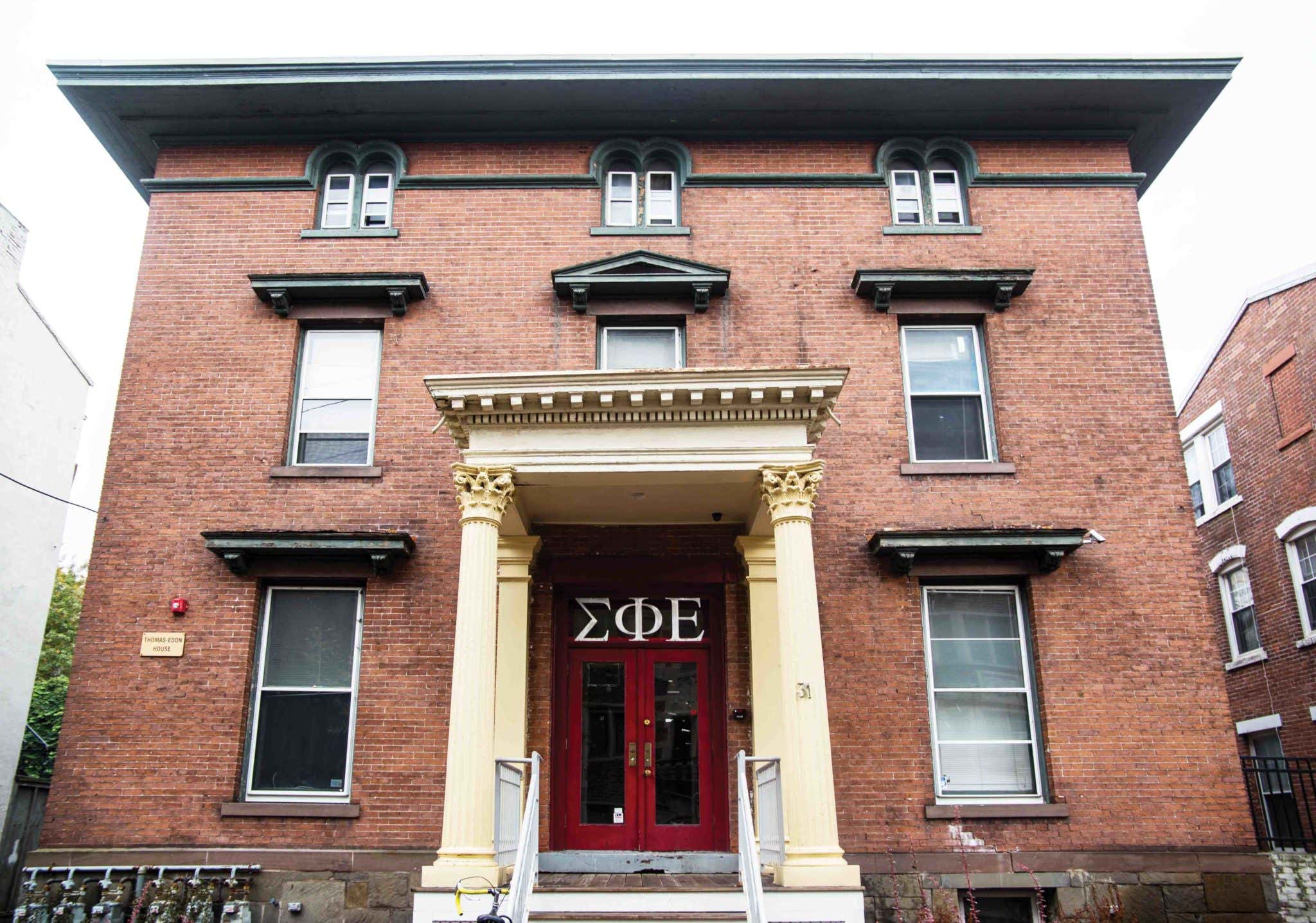 Ahhhh the world of fraternities and sororities. Never a dull day.

SOURCE-Three female Yale undergrads are hoping to sue all-male fraternities out of existence, accusing their university of violating their rights in multiple areas by continuing to allow discriminatory groups to exist.

Yes, this isn’t a prank. That blurb above came straight from the website Law And Crime. It seems like these three females are confused with the existence of frats. They allow just boys, while sororities allow just girls. Pretty self-explanatory. Fraternity comes from the Latin word frater, which translates literally to brother.

The women claim that they are denied opportunities due to their gender and that sororities do little to solve gender inequality they face.

“Women and non-binary students at Yale are excluded from these social and economic privileges of fraternity membership solely because of their gender,” the lawsuit says. “The presence of Yale’s sororities does not alleviate this disparity. ‘Separate but equal’ Greek life reinforces gender norms, stereotypes, and prejudices.”

Shockingly, the lawsuit does not try to take down sororities for not allowing males in their student group. I was fully expecting this. In no way did I expect this to be biased. Just a law firm looking for equal treatment on both sides.

The plaintiffs say that they previously sought admission to nine of Yale’s all-male fraternities but were denied. They claim that the school did not step in as requested.

Well, yeah, because you are a girl?

The women claim that they are denied opportunities due to their gender and that sororities do little to solve gender inequality they face.

If I was a part of a fraternity at Yale, I would try to rush a sorority, get denied and then call up my dad (every frat start at Yale has a dad who is a lawyer) and prepare a lawsuit. Just as a troll. I wouldn’t be shocked to see a group of Yale frat stars do this. They are smart, you know.

“Sex segregation can hinder cross-gender relationships, facilitate the objectification of people of other genders, and normalize sexual assault. Greek life, with its binary assumptions, also largely excludes non-binary students,” they continue, counting the ways fraternities and sororities are treated differently.

I’d say 99% of fraternity members at Yale are all for lowering sexual assault. They’ve even asked for sexual assault workshops in the past. Going about it by shutting down their fraternities? Not the best method.

“Moreover, Yale fraternities and sororities are not, in fact, equal in economic, associational, and social resources. The sororities are over one hundred years younger than Yale’s oldest fraternities, offer fewer total housing units, and upon information and belief, have a smaller and less influential Yale alumni network,” they say. “The sororities’ national organizations also prohibit them from hosting parties, which leaves Defendant Fraternities—i.e. men—with unrivaled influence over Yale’s social scene.”

Seems like sororities need to step up their game……are frats supposed to be punished because sororities aren’t allowed to host parties?