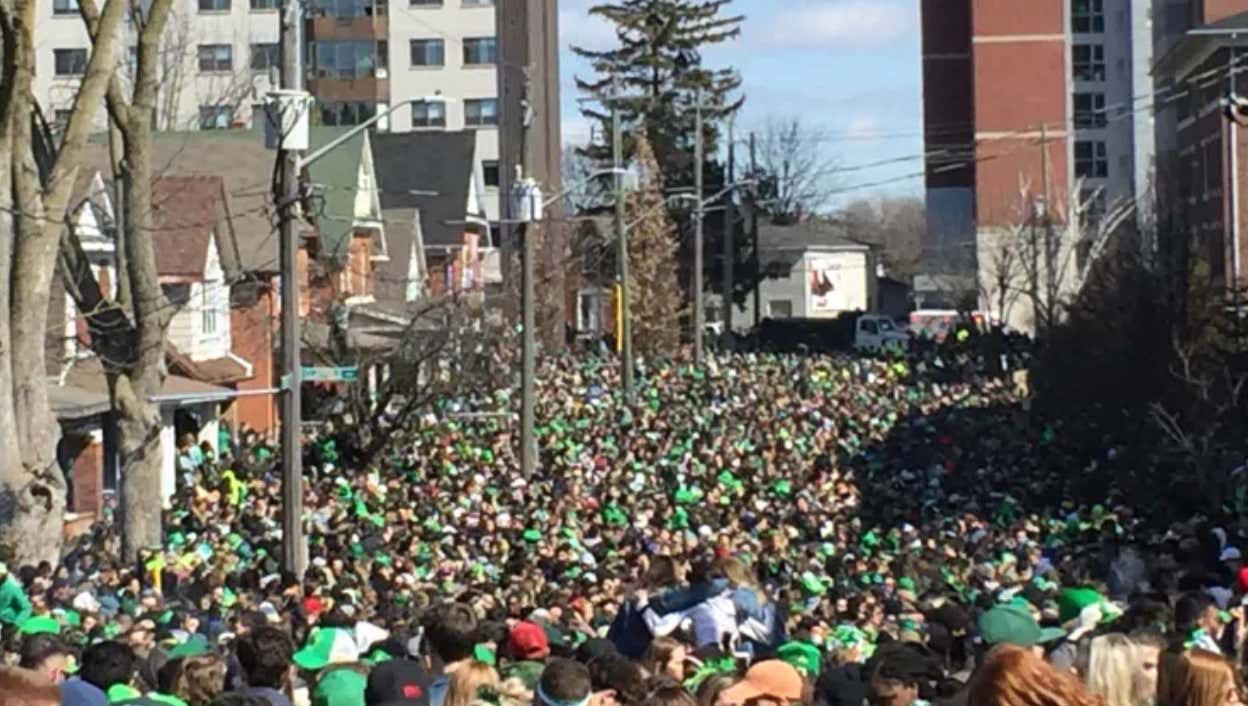 SOURCE-Homecoming football games in Ontario will occur on just two weekends this fall in a bid to curb unsanctioned student parties, one university official says.

Some cities have seen student parties grow in recent years. In many cases, students will travel to other cities for a homecoming party.

Before we know it, Canada is going to turn the CFL into flag football.

In September 2018, then-Guelph police chief Jeff DeRuyter called on Ontario University Athletics (OUA) and the university to do something to prevent the “homecoming circuit.” That came after the service responded to 586 calls for service in a 24-hour period during homecoming weekend.

Wilfrid Laurier University in Waterloo also saw an unsanctioned student party grow to 14,000 students in September 2018, double the crowd that took over Ezra Avenue in 2017.

All jokes aside, the Canadian homecoming circuit is out of control. For us Americans in our bubble, we don’t even realize Canada has college football, let alone a tailgating circuit that companies to the best SEC tailgates.

From Barstool’s Canadian data guy, Mike Grier: “It’s actually a smart idea because fall you basically tour around to all the different schools and get fucked up. You guys with big football school basically have our version of homecoming every Saturday. Wake up and drink immediately, but for us it’s the designated homecoming weekend. Nobody gives a fuck about the game.”

It sounds a lot like Canada hates fun. Imagine if the state of Alabama limited tailgates to just two weeks a year? They would never! Yet again, proving that America is the worlds superior power when it comes to tailgating.