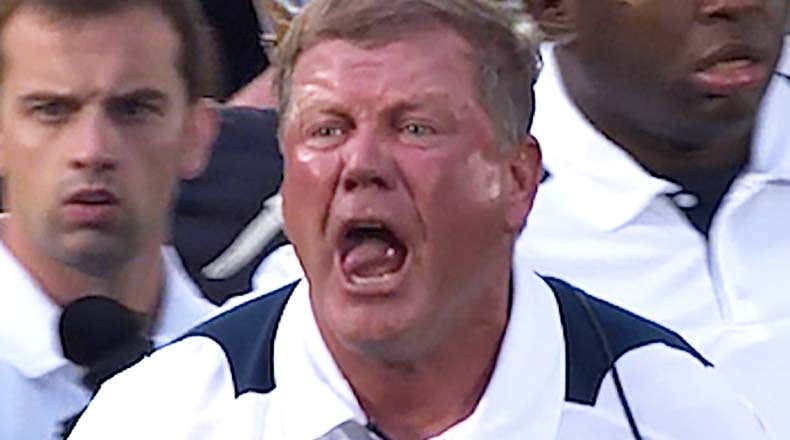 Brian Kelly has always felt like the lame Dad that is trying to be cool.

He’s even hopped on the yoga train to try to be hip and modern.

The picture isn’t the problem. Can’t blame anybody taking a picture with Stanley. A truly great television character. The tweet is the problem. “Bears. Beets. Battlestar Galactica.” It’s clear Brian Kelly has no idea anything about The Office. It was just a desperate attempt for him to try be the cool Dad. My guess? He typed in funniest Office quotes on Bing (seems to me that he’s a Bing user, not Google) and found that one. Or maybe one of his kids has a shirt with that quote on it.