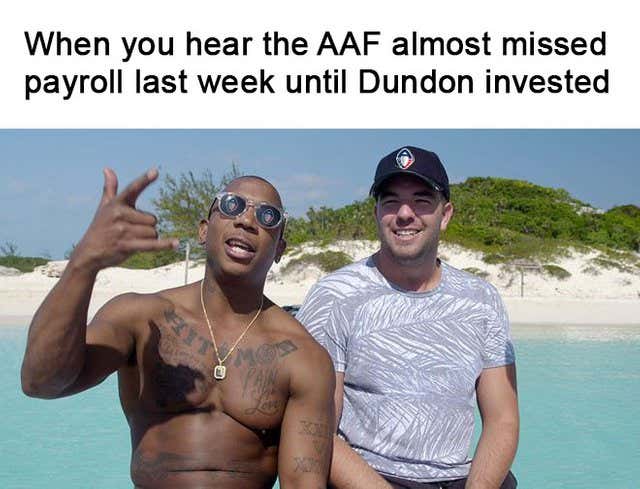 It’s been a wild week for the AAF. Thanks to the XFL & Vince McMahon’s “journalist” puppets, there was a false narrative put into the media that the AAF was on the verge of financially collapsing:

Thanks to fighting through the negative press, the AAF emerged this week with a new $250 million investor. Not bad. The XFL and Vince McMahon will forever be on the AAF’s ass, but that’s what makes us cool. We’re the indie football league.

All of this brings us to yesterday. I wrote an entire blog ready to be published before the first game. As I pressed publish, the blog was DELETED. I looked everywhere for it, but couldn’t find it. 500+ words of AAF glory down the drain. Am I saying that was the XFL’s doing? I’m not saying it wasn’t!!!!! 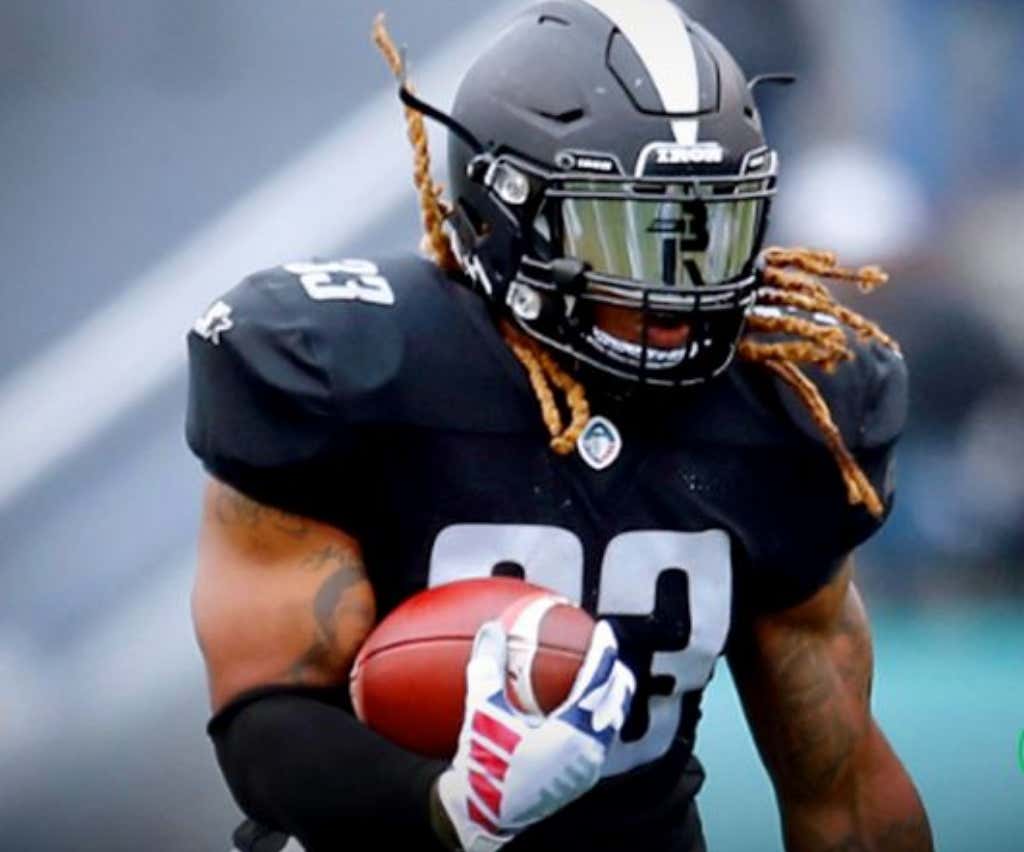 However, I find his team, THE IRON, to be a good team with a defense that has allowed just 9 points on the season.

The Legends, on the other hand, are clearly the worst team in the AAF. Your mind may go right to the Memphis Express, but I’d have the Express favored over the Legends if they played today. The Legends offense is brutal (9 PPG) and have a rushing defense that leaves a lot to be desired:

I see this being a quick moving game thanks to how both of these teams being so run heavy. The Iron exit victorious in a low scoring game.

Even though we saw them blow a lead last week to the Orlando Apollos, the Commanders seem to be a force to be reckoned with in the AAF. QB Logan Woodside is above average and they even have a dual-threat QB in former UNC Tarheel Marquise Williams to come in on a drive here and there.

We already saw the Commanders and Fleet play this year, with the Commanders winning 12-6. The big advantage in that game? The Commanders pass rush, which is one of the best in the league, against the Fleet’s poor defensive line. The Commanders lead the league in sacks and are second in pressure rate. I see them getting to the QB again tonight, like they did in week 1:

The Commanders main issue is their defensive woes in the secondary. That will be exposed against a team like the Apollos, not San Diego. Give me the points in this one with plus 120 juice.