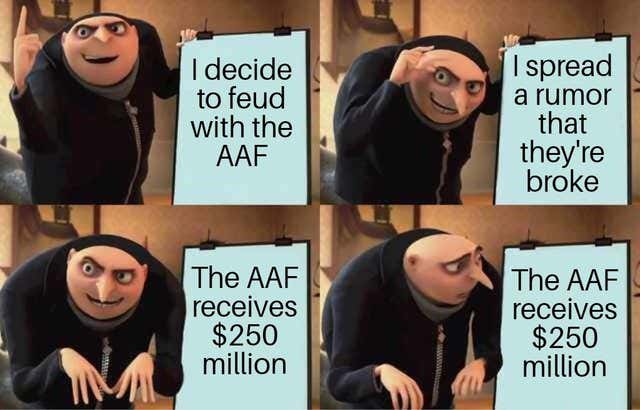 During an AAF Saturday, two clips gained a little traction on the world wide web:

A few media outlets picked this up, including Defecting Deadsin 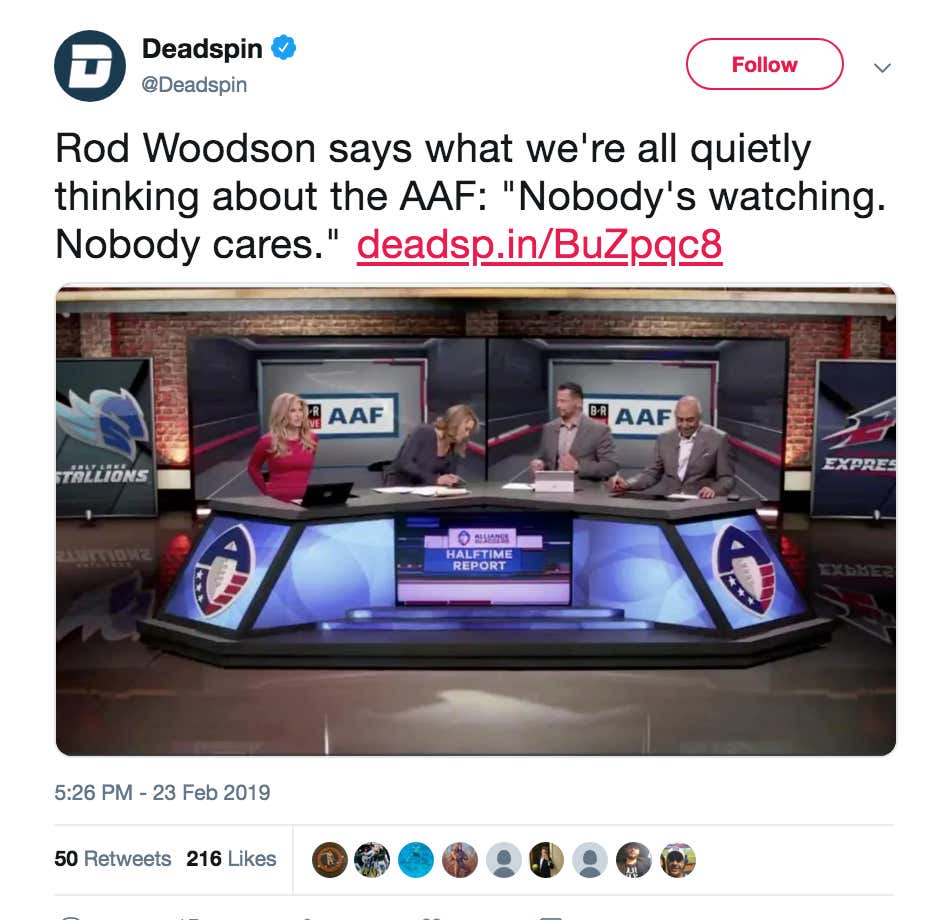 As usual, there is more to the story. Context is important. Outlets like Defecting Deadspin went for easy clicks instead of looking into the stories for the FACTS. Thank God for people like Alex Flanagan for setting the story right:

This is yet another false narrative being spread to discredit the AAF. I have a theory that some outlets are in bed with the XFL. I don’t have direct evidence, but I do have evidence that certainly makes you think. I won’t sleep until I find the facts.

By the way, the AAF is not failing despite headline like this one:

We saw the numbers in week one. On the first night, the AAF outrated the NBA on ABC. Week 2? Great numbers:

To put that in perspective, here’s Awful Announcing:

SOURCE-On the surface, those numbers don’t sound terribly impressive. They aren’t going to light the world on fire and immediately transform the American sports landscape. However, a fledging spring football league in its second week drawing a million viewers on cable is quite the accomplishment. Saturday’s numbers saw it roughly even in the ratings with college basketball on ESPN. Sunday’s numbers put the AAF barely ahead of the NHL, which drew 421,000 viewers on NBCSN.

If the AAF can stay in that 500,000 viewer range throughout the season, then it will show fans and perhaps current and future investors that there is actually a reasonable marketplace for spring football. With the AAF trying to complement the NFL instead of necessarily replacing it, that is a very important distinction in the league managing the expectations game around its ratings. Time will tell if it can also manage its financial expectations as well.

This league will never be the NFL. Nobody with a brain thinks that. For a league in it’s first few weeks to be pulling ratings in line with CBB, NBA, and the NHL? That’s impressive. Embrace it or you will be put on the list: