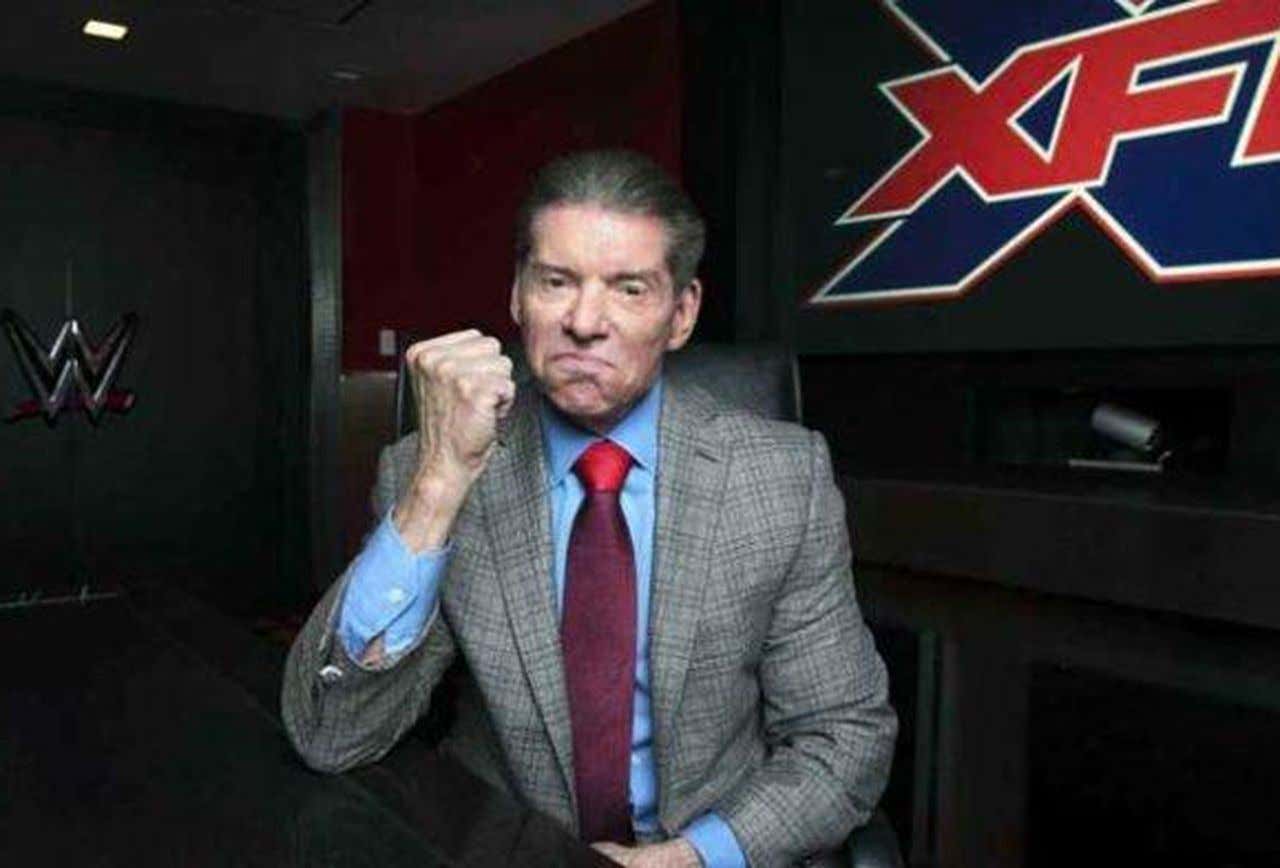 Another day, another person trying to take down the AAF:

I have never heard of Robert Vanech until today. He’s the CFO of the music app Trebel, which I also hadn’t heard of before today (that makes two things). Maybe Vanech is a big wig that works in the shadows and can fund whatever he wants, but this is a bizarre lawsuit

I’m no lawyer, but going off the basis that you came up with the idea for a spring football league is banana land. If that entitles you to compensation, then half of America should get some money from the AAF. However, I do not blame Vanech for wanting to be a part of history. Funny that the AAF was “dead” last week due to “financial issues,” but this week they are being sued for their money. No big deal, nobody has been successful without a couple of lawsuits.

However, you could say this is curious timing. You know what’s also curious? The mention of the XFL:

Ahhhhh, there it is. Vince McMahon and the XFL tried last week to smear the AAF through the media with puppet journalists (such as Darren Water Cooler Rovell):

That didn’t work, so what do they do? Attack them with lawsuits. Who was the first person to report the lawsuit? Darren Rovell, the same guy who reported the “financial issues” that occurred last week. Let’s not forget who was at the XFL’s press conference last year:

You may think, but Vince called Darren Rovell “Dan.” Classic move by Vince to make people think he doesn’t know him when he is actually working with him through the media. This isn’t Vince McMahon’s first rodeo. He knows how to utilize the press to his benefit. You have to respect it.

Moves like this are right on brand by Vince. He’s done the same thing with other wrestling promotions trying to compete with the WWE. Most recently, it’s AEW. You can’t even wear AEW gear at WWE events!

He’s also, allegedly, blocked promotions like Ring Of Honor from having a show at MSG:

His next target? The AAF. He saw their success and is threatened by it.

P.s. This only makes me like the XFL more. They need to be the bad boy football league and trying to destroy another one adds to that reputation. However, I will forever defend the AAF.