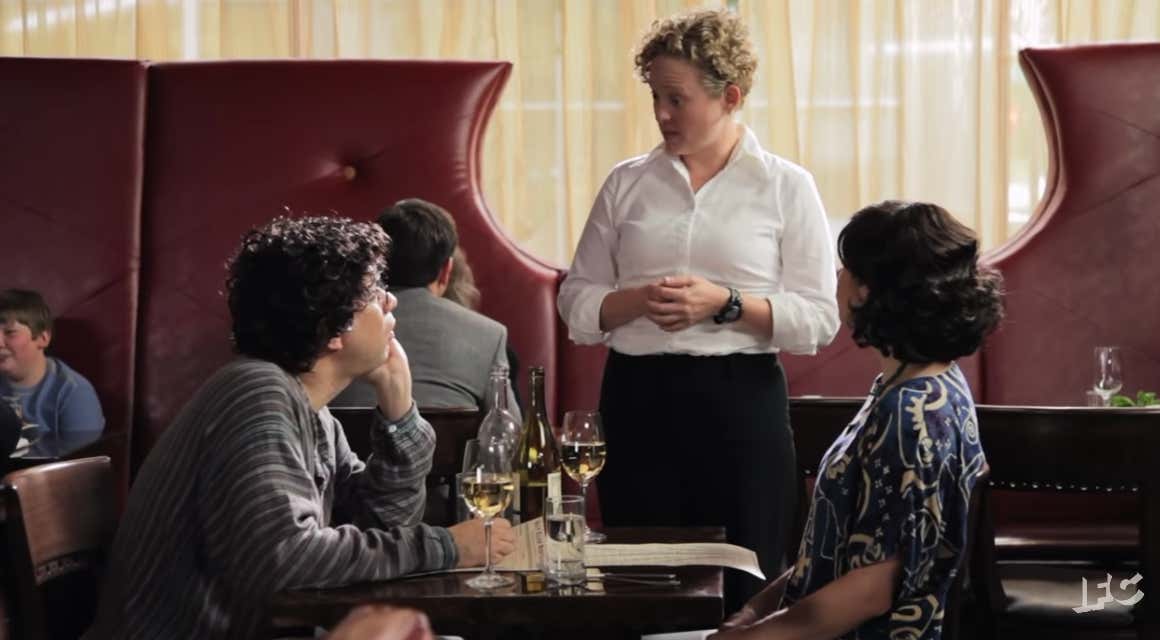 I have not seen every episode of Portlandia.  The one’s I have seen have made me laugh. One, in particular, featured Fred Armisen asking his waiter about the life of the chicken he is about to order at lunch with Carrie Brownstein:

Life has a weird way of turning comedy into reality. Somehow, someway, the Portlandia scene above has turned into real life: 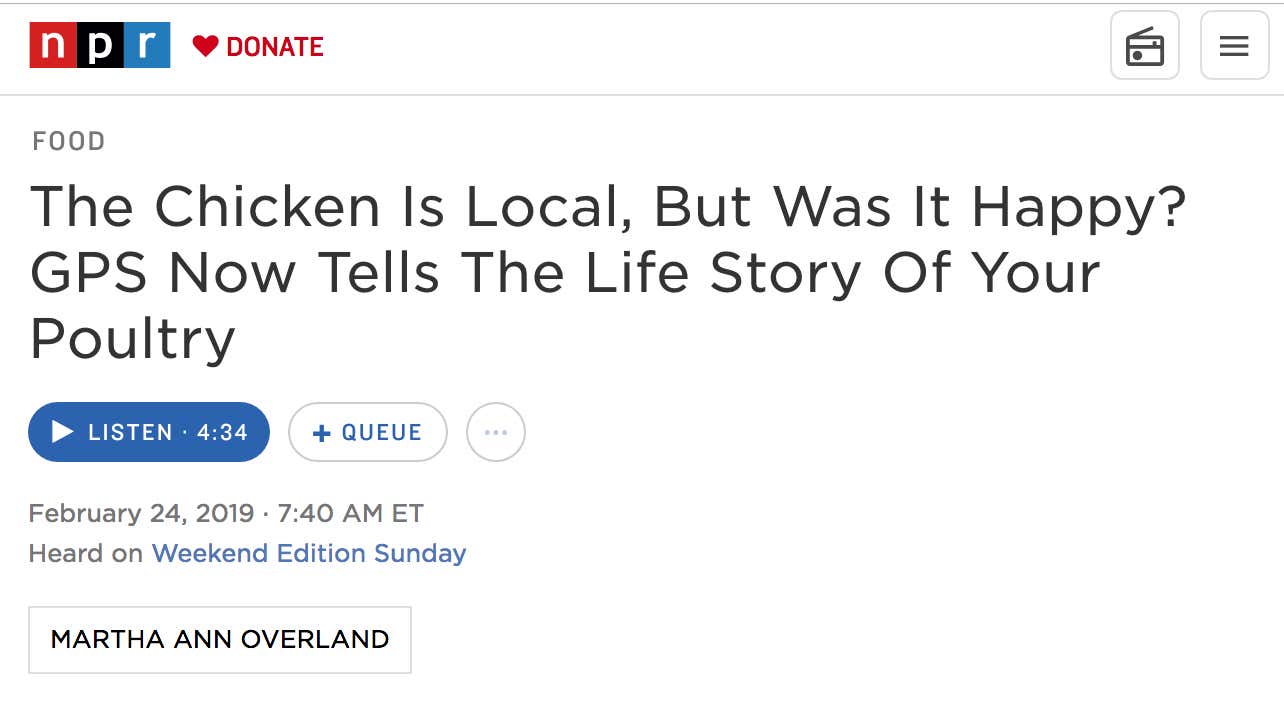 (Side note: Nothing better than an article written by a Martha at NPR):

SOURCE-Shoppers are willing to pay a premium for ingredients that are cage-free, organic or wild caught. But how do you really know if the chicken you are eating spent its life happily pecking for corn or if your blackberries were grown locally and are pesticide free?

Simple. Put a tracking device on it.

It’s not as absurd as it sounds, says Robyn Metcalfe, a food historian who teaches at the University of Texas at Austin. A GPS tracker strapped to the leg of a chicken, says Metcalfe, means “that people who potentially will buy that chicken will know every step that that chicken has taken.”

ZhongAn Online, a Chinese insurance company, has already outfitted more than a 100,000 chickens with trackers. The sensors upload information, such as how much exercise each chicken gets and what it ate. The company says the technology will be on 2,500 farms in China by next year.

I can see it now. Your friend from high school who turned into a Northampton, Mass hipster looking over the data for the chicken he/she is about to order at some ridiculously named restaurant. Putting aisde their guilt of eating a butchered chicken because you can see how many steps it took a day over in China.

They are also working on facial-recognition technology so that consumers can one day make sure the organic chicken they saw on the farm is the same one that ends up on their plate.

Yes, I’ve double checked that this was not an article written by The Onion. You will be able to use facial-recognition technology to assure the chicken you are eating is, in fact, the chicken you read about on the menu.

Outside of the absurdity of it, this is a pretty cool use of the blockchain (#BuyBitcoin). I, also, think assuring ethical treatment of the meat you are eating is a profitable venture.  That’s a boring discussion, so I’m not going to get into it. I’d rather just make some bad jokes.