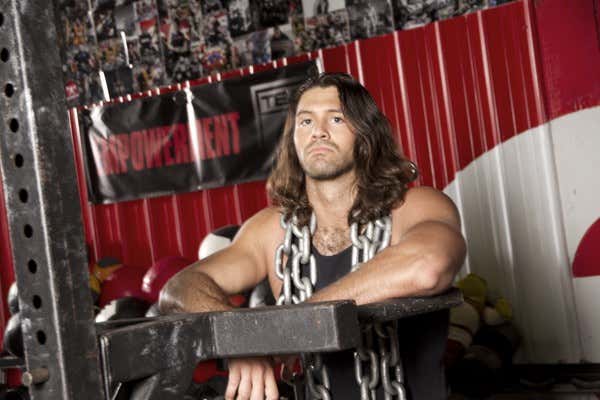 There are so many sectors of Twitter. There’s NBA Twitter, Woke Twitter, Politics Twitter, Viral Twitter, etc. One you may have not stumbled upon in your life is Alpha Male Twitter, or as they call it, Manosphere Twitter. It’s pretty much the locker room of Twitter that is often called sexist for its tweets. The latest example of this is from Alexander J.A. Cortes, a personal trainer and writer: 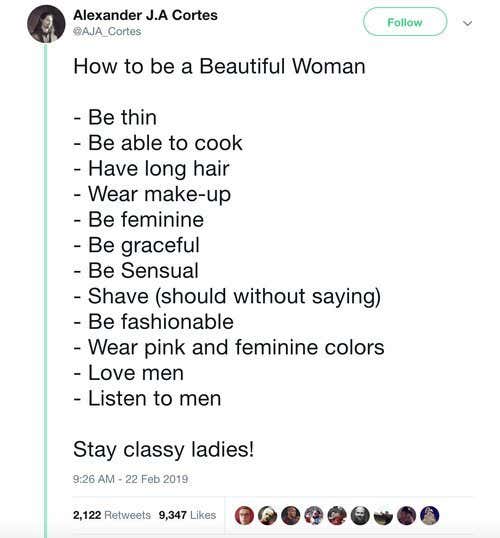 If you know Twitter at all, you know that this tweet was going to trigger the fuck out of some folks. A man “mansplaining” to females how to “be a beautiful woman” is enough to start a war on Twitter.

At the time of this blog, Cortes tweet has 15 THOUSAND replies, such as this one:

(she’s not going to fuck you, bro)

His list was picked up by news outlets across the internet:

Even some local news stations reported on it:

I will say Cortes knows his audience and keywords to rile them up:

P.s. Using the word beta paired with the word cuck is the most unintentionally hilarious phrase on Twitter.

how to be a beautiful woman listmanospheretwitter+ 1 Tags