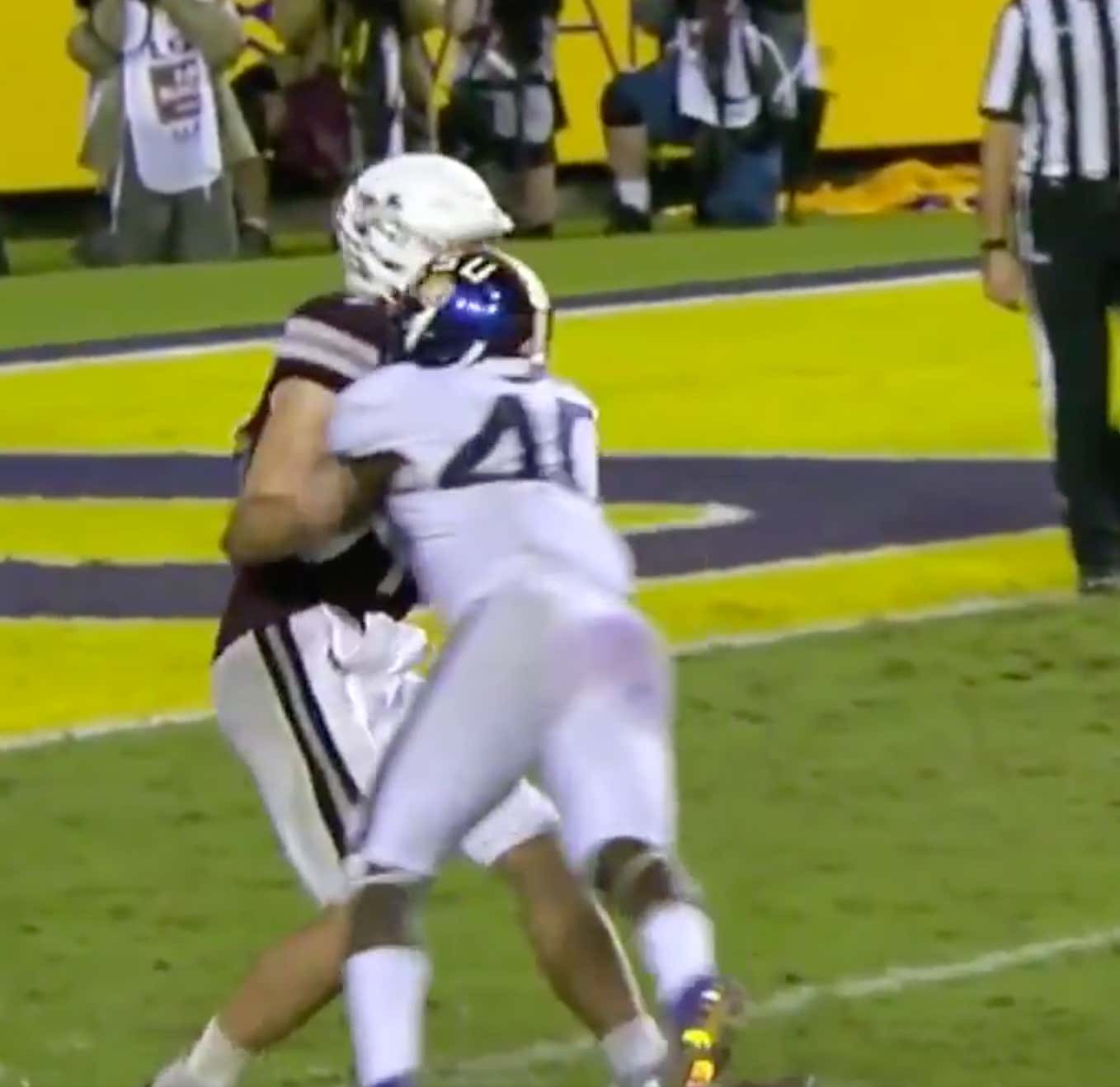 Today, in a Friday news dump (not really, but I just like using that term), the NCAA rules committee decided to somehow make the targeting rule in college football worse than it already is:

SOURCE-The NCAA Football Rules Committee met this week in Indianapolis and recommended two adjustments to its targeting rules to strengthen one of the most important calls of the game.

The committee, chaired by Stanford coach David Shaw, proposed a progressive penalty for those student-athletes who receive a second targeting foul in the same season. In addition to being disqualified from that game, the player would be suspended for the team’s next contest.

One of the hopes I had for this offseason was an improvement of the targeting rule. Often, we saw big players miss large portions of big games because of a subjective rule. Devin White was the main victim after this hit got him suspended for the first half of the Alabama game:

In a weird way, this provided an incredibly entertaining segment on College GameDay:

Which then ended in E*** getting down on two knees to beg for forgiveness:

Now, back to the targeting rule. Let’s imagine if Devin White, a future 1st-round draft pick, had this exact play happen twice to him. Both subjective ejections and he loses not just the game he is currently playing in, but the next game as well. That doesn’t solve the issue but makes it worse. For somebody like Devin White to be suspended for an upcoming game, malice has to be established. There was no malice on Devin White’s hit.

My solution? There should be levels to a targeting penalty. After a penalty is called and reviewed, here are the options.

Option 1: 15-yard penalty, player is allowed to stay in game.

If a player has two option 2 penalties in a season, he’s suspended for the first half of the following game. A third option 2 penalty results in a full game suspension.

This is most likely in response to the 7 OT thriller to end the 2018 season between LSU-Texas A&M:

I don’t know the exact stats, but my guess is no more than 2 games every year go to 5 OTs. I don’t mind this rule and won’t have that much of an effect. After 5 OTs the play quality is so poor that this rule change makes sense.