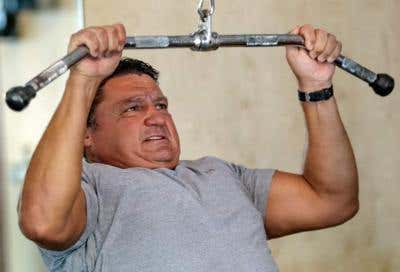 Back in 2017, we learned about Coach O’s liking of Red Bull:

We even learned that Coach O uses it as a motivational tactic before the games:

Thanks to Greedy Williams, we have another Red Bull story to add to the Coach O Chronicles:

“One time I saw him do something crazy was he walked into a meeting room, slammed a Red Bull on his chest, and that kind of got everyone pumped.”

Williams went on to add that the can was unopened, and burst when coach O forcefully smashed it into his chest.

That had to be quite the sight.

Why there isn’t a video of this is a complete travesty. Somebody in the LSU video department should suffer. This had a chance to be one of the most viral clips in 2018. It wasn’t.