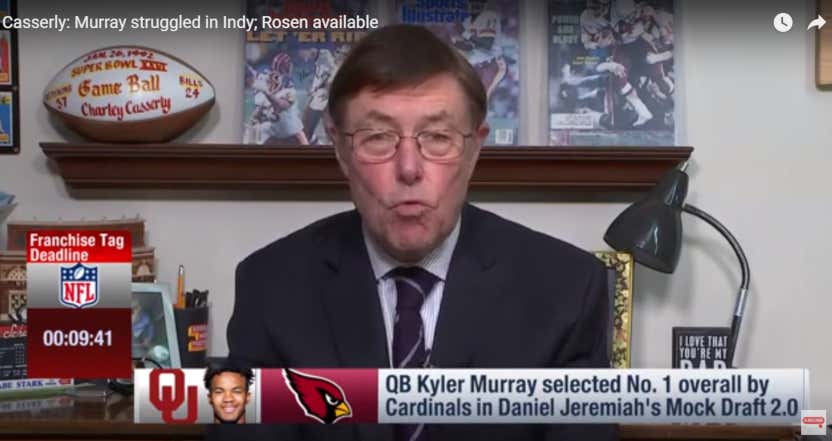 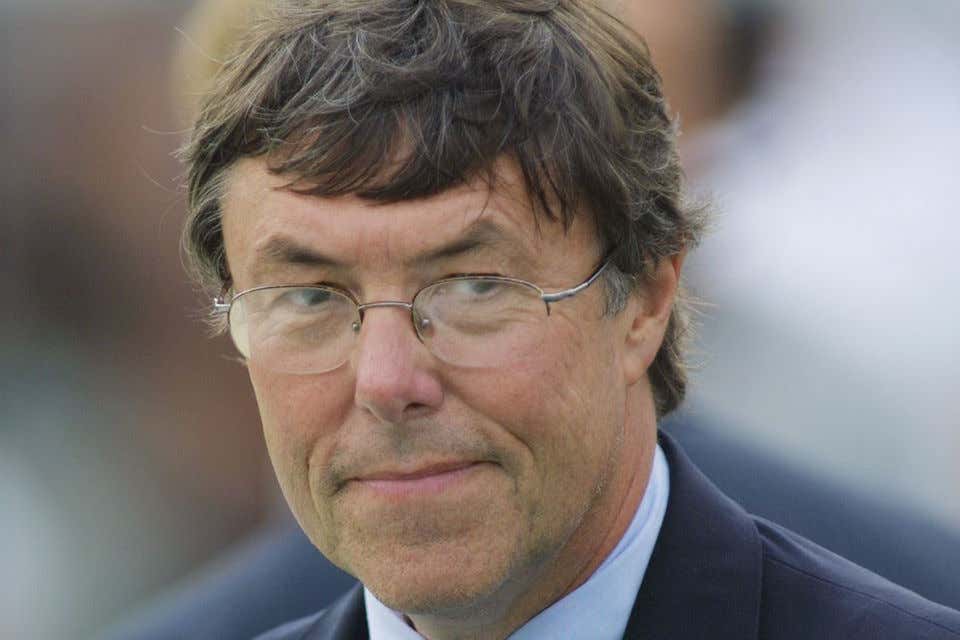 He may look more like a White House correspondent for CNN than he does a guy involved with football, but I swear he was an NFL GM at one point. From 1989-199, Cassley was the GM of the Washington Redskins, leading them to an 89-86 record. He was soon picked up by the Houston Texans in 2002 and led them to an 18-49 record. He hasn’t had a job in the NFL since 2005.

Like all other failed NFL GMs, Cassley has been on TV since leaving the NFL. HIs most recent “insider information” came about Kyler Murray:

SOURCE-“One thing that stuck out to me: this guy was never trained for the interview,” said Casserly on NFL Network as well. “Whoever trained him did a poor job; guys do get trained for interviews now.”

Now, this may be true considering we know how awkward Kyler Murray can be at points:

However, this report from Cassley did not excite Murray’s agent and Barstool Sports personal friend, Erik Burkhardt:

SOURCE-“Look, If you don’t like Kyler’s game, it’s cool. If you don’t like his size and want to talk about that, that’s fine, too. If you’re into a Heath Shuler-type looking guy, then hype those guys and say why. But when you slander the character and work ethic of a young man who’s worked his ass off his entire life and done everything right to put himself in his current position, you’d better cite your sources and come with a better record than 18-46 as a G.M. of the Texans, and whose own leadership and accountability has been questioned by his old bosses and colleagues, as well as the greatest coach on the planet.”

Gil Brandt, the godfather of football, has also weighed in:

At this point last year, there was so much nonsense about Baker Mayfield in the media sphere with “anonymous sources” that it was hard not to root for the guy. If Baker Mayfield had taken a right turn on a road in 2015 when his GPS said to take a left, he was getting asked about what that means about him not getting invited to his pop warner teammates birthday party.

The same thing is now happening with Kyler Murray. It’s almost impossible to cheer against him unless you have a blue checkmark next to your name on Twitter and have “anonymous sources.”

P.s. How about this guy?