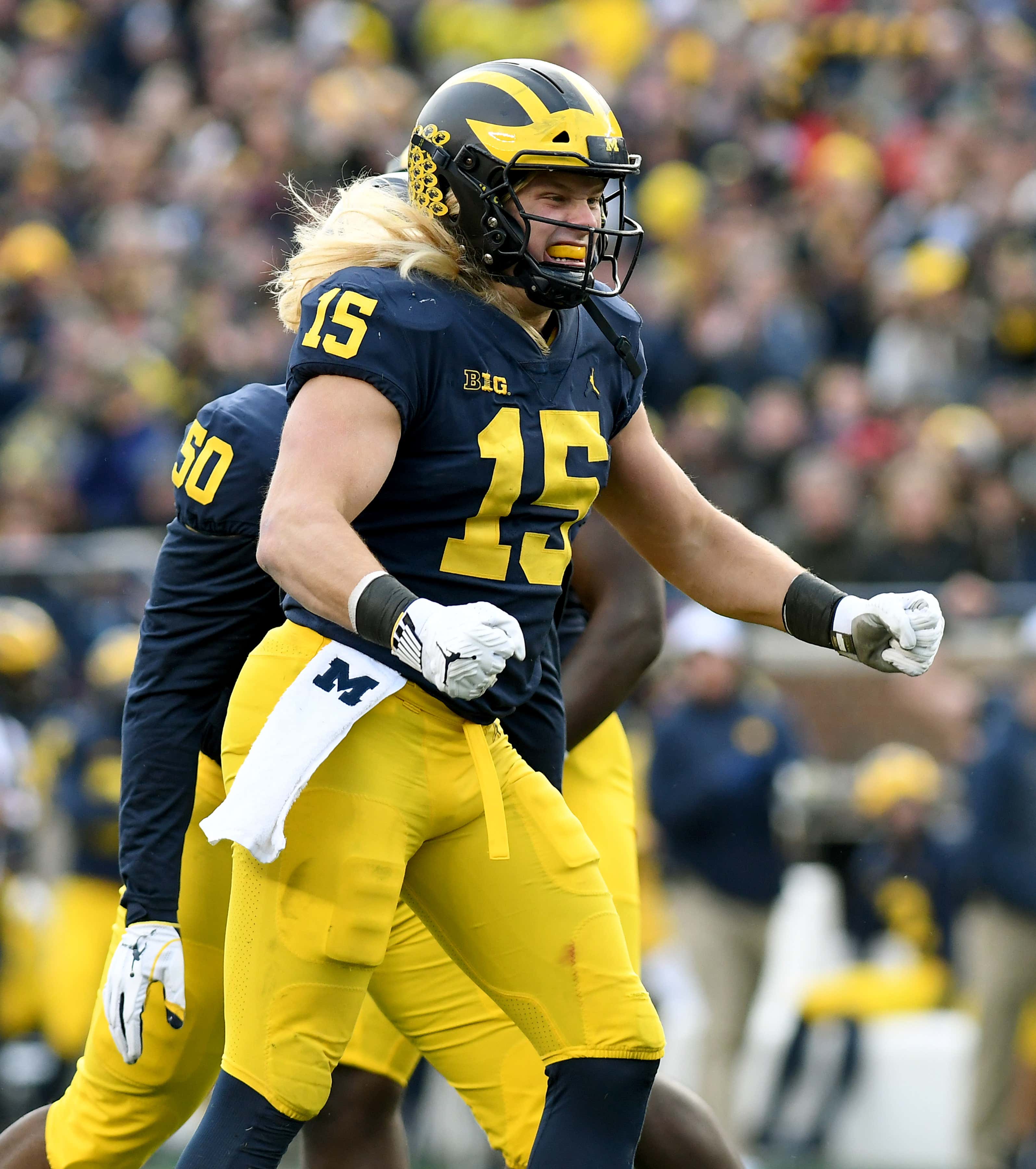 Chase Winovich was one of the best characters of the 2018 college football season.

He triggered Mr. Big Nut so much that he did a mock execution of him pregame:

Now, Chase is on to the NFL. It looks like he will be one of the first 10 edge-rushers picked come April/May.

Knowing that he is high on some NFL teams board, his entire life, from the second he took his first breath, will be put under a microscope. If you believe that you are an NFL prospect reading this, make sure that you are sure of every breath you take. If you order the wrong burger and In-N-Out, you may drop a few picks.

SOURCE-NFL teams wanted to know about the time he went on a date with singer Madonna’s daughter, Lourdes Leon.

“It was probably at least like five.. asking about my date with Madonna’s daughter,” Winovich said.

Going to be honest here: if Madonna’s daughter walked by me on the street, I wouldn’t know who she was.

The story behind the date is, in an unusual way, aggressive:

Winovich knew Lourdes was a student at Michigan and he emailed her to get the ball rolling.

“I emailed her and told her I was trying to join the school of music, theater, and dance. So one thing led to another and we went on a date.”

An email! One of the wildest moves I’ve ever heard. I guess when you’ve got blonde flowing hair and are a Michigan football player, you can ask Madonna’s daughter out via Michigan email server. What a life.

“I emailed her and told her I was trying to join the school of music, theater, and dance. So one thing led to another and we went on a date.”

Once the date transpired, Winovich tried to impress her in different ways.

“At one point she was like ‘I’m hungry’, and I was like ‘what do you want?’, she’s like ‘these appetizers look good so I ordered every single appetizer that was on the menu, I was like ‘we’ll take one of everything’.”

One of everything? Seems like those boosters are treating the Michigan players well, huh?

Here is the interview: