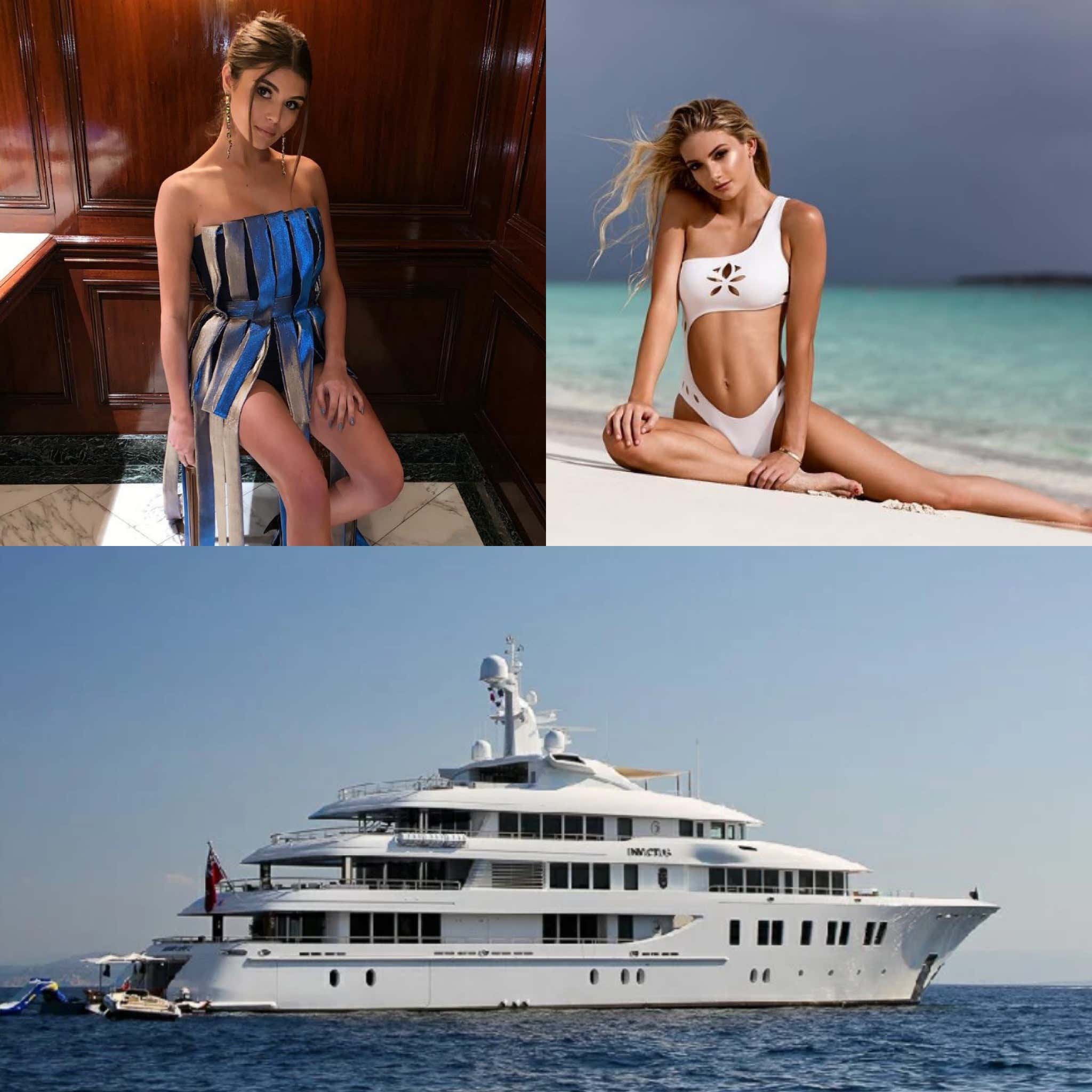 As I’m sure you’ve heard by now, Aunt Becky paid 500k to get both of her daughters into USC. The FBI found out about this and charged her (and others) on Tuesday afternoon. That night, one of Aunt Becky’s daughters was on a yacht with the daughter of a USC Board Of Trustee.

SOURCE-Lori Louhglin’s daughter was celebrating spring break on a yacht owned by a USC board of trustees member the same day her mother was ensnared in a widespread college bribery case, according to a new report.

Loughlin’s daughter Olivia Jade was on Rick Caruso’s yacht in the Bahamas when federal prosecutors announced her mother would be charged with paying bribes to get her daughter accepted to USC, TMZ reported.

Olivia Jade and Caruso’s daughter, Gianna, are friends and appear in social media posts together, the gossip site reported.

Here is said yacht, which is valued $100 million:

Olivia was with the daughter of Rick Caruso, who apparently owns some bikini company:

She also goes to USC:

GiGi and Olivia are quite the attractive pair:

Unfortunately, the FBI ruined this trip on a yacht to the Bahamas:

“My daughter and a group of students left for spring break prior to the government’s announcement yesterday,” Caruso told TMZ. “Once we became aware of the investigation, the young woman decided it would be in her best interests to return home.”

Talk about a bunch of ass holes.