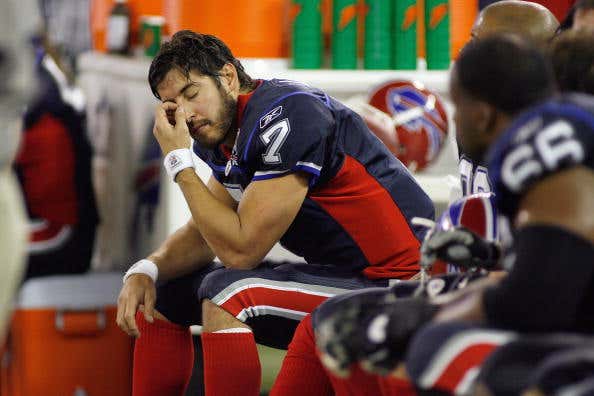 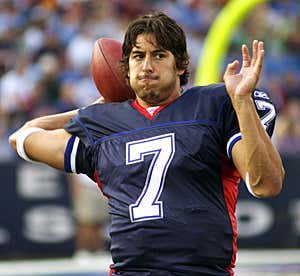 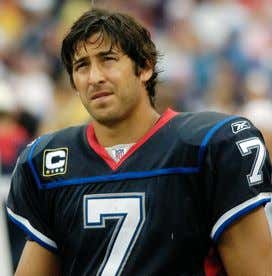 Somehow, someway, the former #22 pick from Tulane had an 8-year career in the NFL. At the end of it, he had a 10-23 record while throwing 33 touchdowns and 34 interceptions. His last season in the NFL was 2011 with the Oakland Raiders.

Outside of my buddy having a JP Losman jersey hung up in his bedroom, I didn’t think I’d ever hear his name again. Just another random mid-2000’s NFL QB who started 33 games. In 2009, he played in the UFL, a league that thought it was a good idea to go up against college football and the NFL. Somehow, someway, he is back:

Unfortunately, NFL teams are going to have to find another QB with great pocket presence like JP Losman:

Maybe these unnamed NFL teams should up the dollar amount. When a guy like JP Losman is on the market, you need to get him: