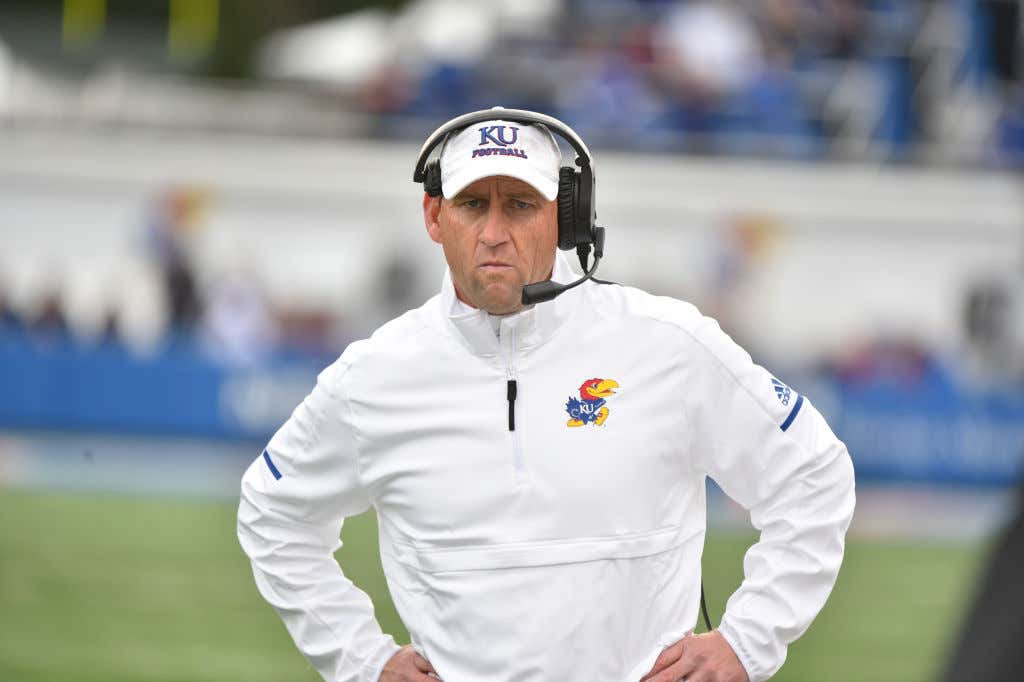 David Beaty’s tenure at Kansas did not go as well as he planned. He started it recruiting on a hover board:

And ended it by being fired by Kansas midseason, but finished out the year on the sidelines as the coach for some odd reason. Outside of his win against Texas, Beaty’s time at Kansas was a failure.

The good news for Beaty was his buyout was hefty. Essentially, his parting gift from Kansas was a $3,000,000 check to not coach Kansas. Quite the deal.

SOURCE-However, due to Kansas not wanting to pay their failed football coach $3 million dollars for 0 hours of work, they decided to do a little digging on Beaty:

Former Kansas coach David Beaty is suing the school for $3 million for breach of contract and unpaid wages, according to a release from the Texas-based law firm Deans & Lyons, LLP.

The lawsuit claims that, immediately after his dismissal in November 2018, the school began to search for ways to avoid paying him the buyout despite Beaty staying on as head coach through the end of the 2018 season. The goal set forth by Kansas officials was to find “something” on Beaty such as “a dead hooker in [his] closet” according to the suit filed Deans & Lyons.

Seems as if Kansas thinks they had Craig James (google Craig James and hookers, that’s all I’m going to say) as their head coach, not David Beaty.

This comes at the same time as the NCAA has announced an investigating into both their basketball and football program:

At least the Mad Hatter is in town and he’s playing beer pong with the kids!