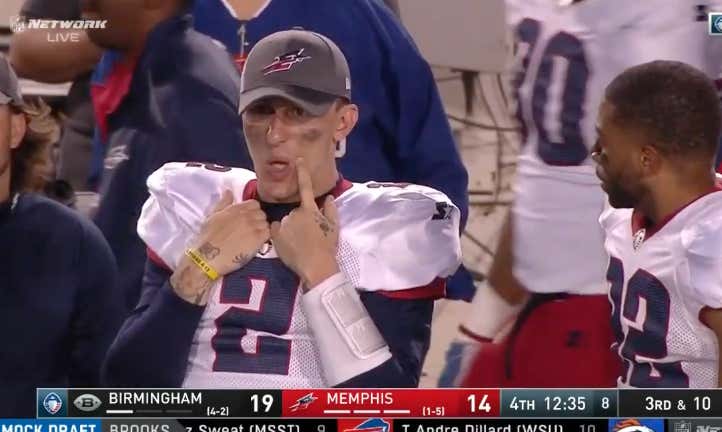 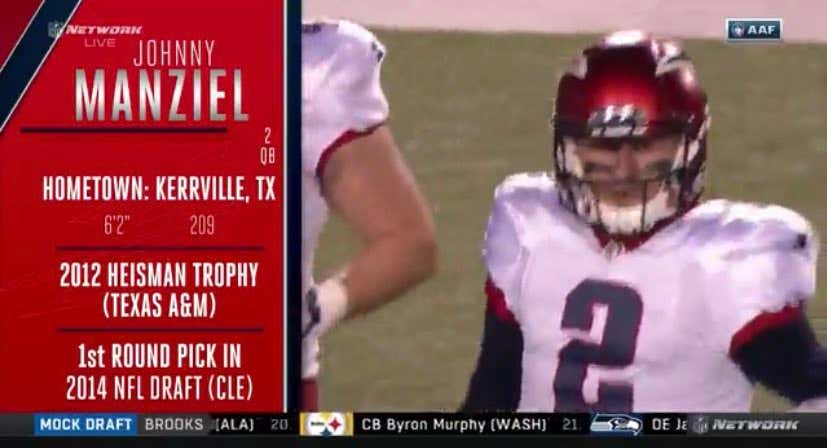 One of the features of the AAF is bringing fans closer to the game, so they mic up the players. Often, the QB is heard during and after plays (not in huddle). That allowed us to hear Johnny talk some shit after getting sacked (Johnny is still Johnny):

To my ears, it sounds like Johnny is saying he is going to “turn up” on the ref’s “bitch ass.” The announcer goes on to say that he was talking to one of the defenders, which makes sense because the always respectful Johnny would never say something like “I’ll turn up on your bitch ass” to a ref.

Currently, Johnny is down 19-14 to the Birmingham Iron: