Over the weekend, tragedy struck Georgia Tech as senior DT Brandon Adams died. After collapsing on campus and being brought to the hospital by friends, Adams passed away at the age of 21. Georgia Tech’s Twitter honored him with an awesome video:

As did some of his teammates:

Including Jalen Ramsey, who he played with in high school:

However, as is tradition in the college football world, somebody did something stupid. Coincidentally, a 4-star CB committed to Georgia Tech within 24 hours of Adams death. After securing the commitment of the 4-star CB, Assistant HC Brent Key tweeted this: 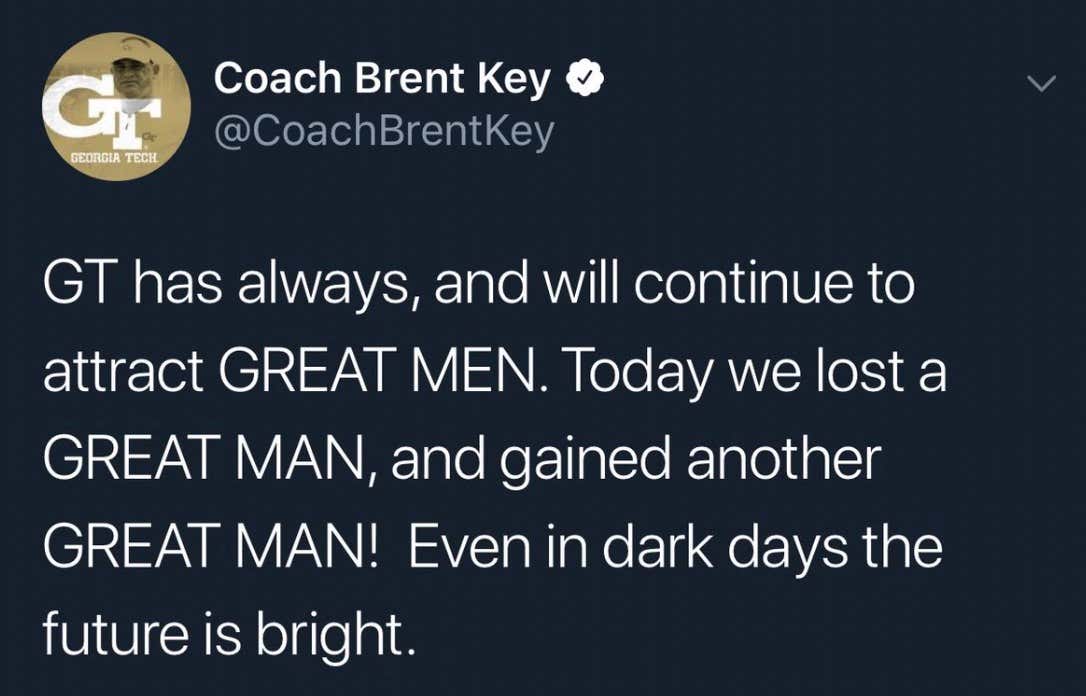 What an absolutely wild thing to tweet. And we thought FSU was going to take the cake for the most absurd tweet of the 2019 ACC offseason. You know what they say about college football….nothing like getting over the tragic death of one of your players like securing the commitment of a 4-star recruit. Brent Key learned that at Alabama, where he has coached for the past 3 years.