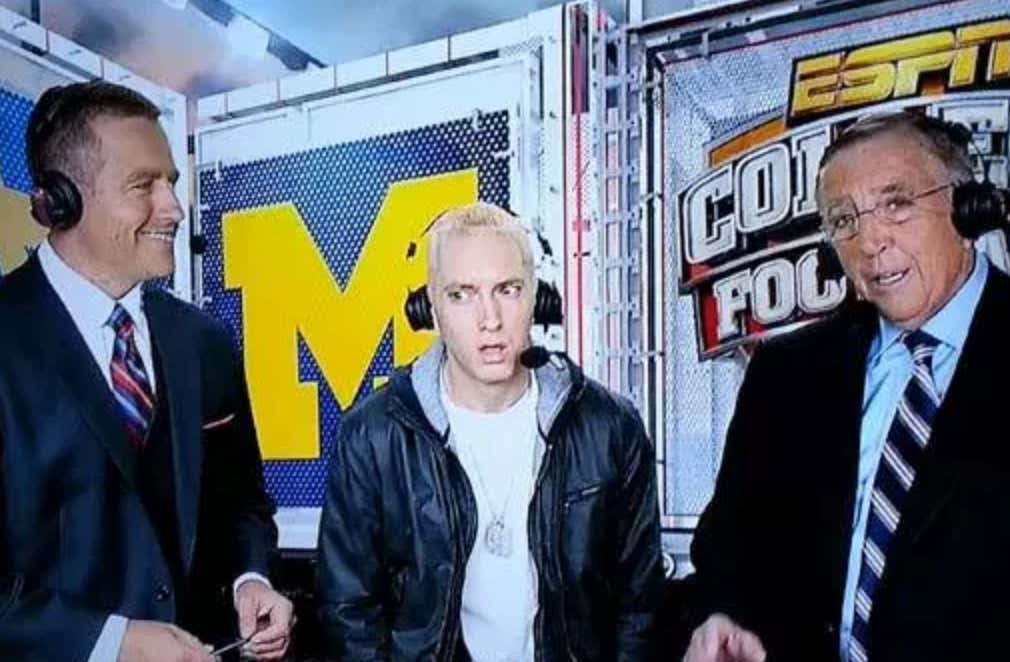 I think I’m one of the biggest AAF guys out there. I’ve been all in on the league since the start. Throughout its first season, I’ve suggested various ways for the league to take it’s popularity to the next level. I may just be an intern (I prefer the title student-blogger), but I truly believe I should be an advisor for the league. To think the league hasn’t even sent me a shirt or jersey at this point is disappointing. The ideas I’ve had seem smart to me, but I have yet to have an idea like Marshall Mathers put out to the world on Twitter tonight.

Brilliant. If you want to stand out from March Madness, The Masters, NHL/NBA playoffs, etc. you have to grab fans attention somehow, someway. Fights in the middle of the game would be a perfect way to do it. For example, last night, Johnny Football was threatening to “turn up” on the “bitch ass” of a Birmingham Iron player:

Imagine if Johnny and the guy he was chirping took off their helmets, put on boxing headgear, and went to town on each other. Would be absolute must-see TV. Would there be potential legal issues? Sure, but that’s why you have lawyers on payroll.

The AAF now has the attention of Eminem. They have to capitalize on this. If that means giving him his own team in Detroit, that’s what you do. If he wants to be an owner/coach of that team, you have to allow it. Imagine Eminem on the sideline with a headset. Calling plays. Hell, let the coaches fight if they want to. Eminem at the 50-yard line against Mike Singletary? Talk about a fucking fight.

The AAF will never be the NFL. Anybody who thinks that’s their goal does not understand what the league wants to achieve. However, it can continue to gain popularity and I believe it will. AAF to the moon.