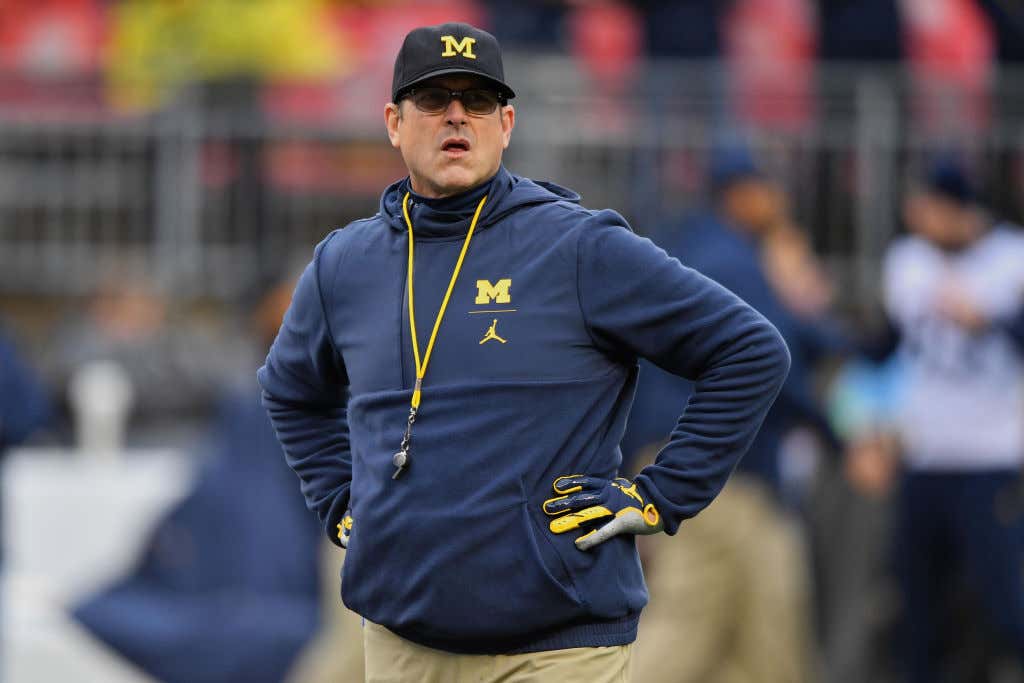 Remember when Ohio State beat Michigan 62-39? Yeah, that mirage of a game?

The losses are never forgotten, but Michigan coach Jim Harbaugh decided to make a T-shirt for each player as a reminder of last year’s season, particularly the way it ended.

“Coach Harbaugh gave us some shirts the other day with the co-Big (Ten) East champs on the front and then all the scores of the games we lost on the back,” tight end Sean McKeon said Friday night after practice. “I took that shirt and hung it up in the tight ends room with the scores (showing), just a reminder how the season ended. We don’t want to do that again, obviously.”

We are still in March, so I wouldn’t say we are anywhere close to “preseason” of college football. However, I am brainstorming some ideas for content leading up to the return of our favorite sport. One idea I have is ranking Jim Harbaugh’s top 20 Football Guy moments. This wouldn’t crack the top 10, but it may come in around #17 or so.

I asked Big Ev his thoughts on the shirts and he didn’t seem surprised, “makes sense, that’s all he’s got now. After you lose as a favorite on the road, you have to resort to t-shirts.” Hard to argue with him on that.

P.s. I need one of those shirts.