As a college student, sometimes homework assignments can be tough. Spending hours on what seems to be meaningless nonsense is often mind-numbing. The key is to get it done in an efficient manner. That is of course if you aren’t some nerd and you don’t want to take every assignment literally like this fella from University of Hartford: 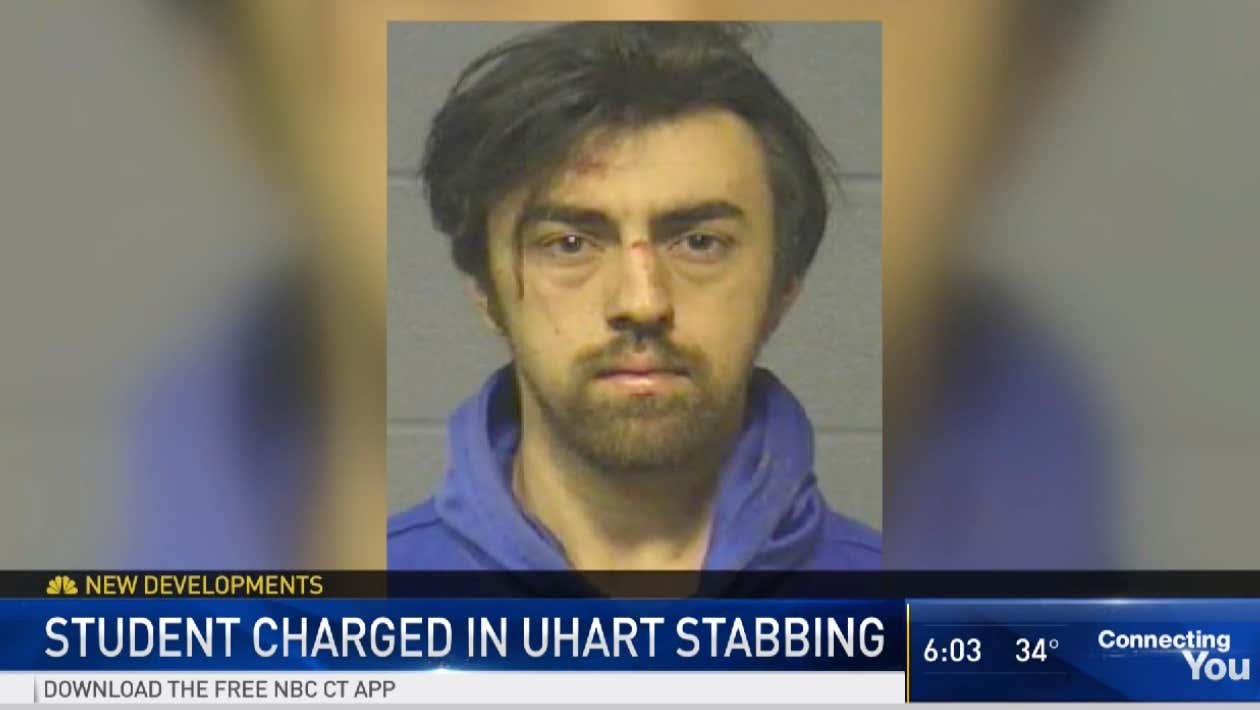 SOURCE-The student accused of stabbing two other students in a campus apartment at the University of Hartford on Sunday is due to be arraigned Monday.

Oh, it was a commuter? Shocker.

Witnesses told police that Wascher and two other students were in a campus apartment when the stabbing happened.

Police said Wascher was acting out a scene from a movie as a class assignment where a person gets stabbed when he began to stab a 19-year-old man and a 21-year-old man before fleeing the apartment on foot.

That’s certainly one way to complete your homework. I don’t respect people who attempt to commit murder (shocker, I know), but I do want to say this is a brilliant tactic to get out of doing homework in the future. What is this professor going to do? Assign this psycho more homework? Nope, the last time they did that it resulted in two stabbings.

I grew up about 10 minutes away from the University of Hartford, which is weirdly enough not in Hartford. I’ve got to say when I first read this story I wasn’t shocked to hear this happened at UHart. Just a weird school with weird kids. Now, if you are a University of Hartford student, don’t get offended. I’m just saying you’ve got a few weird cats on campus. Most of you are probably pretty cool. It’s just that one or two of you take your homework a bit too seriously.