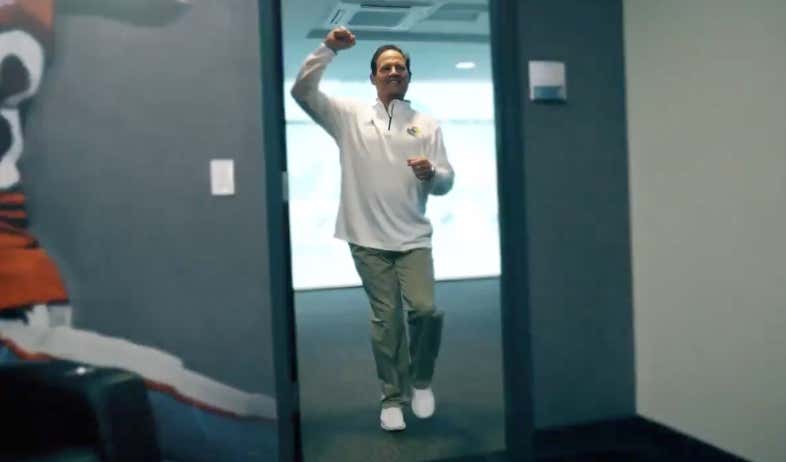 When you hear of the University of Kansas you most likely think of basketball. That all changed this year after the Jayhawks failed to win the Big 12 for the first time in 14 years. While this failure of a season was occurring, a new sheriff arrived in town: 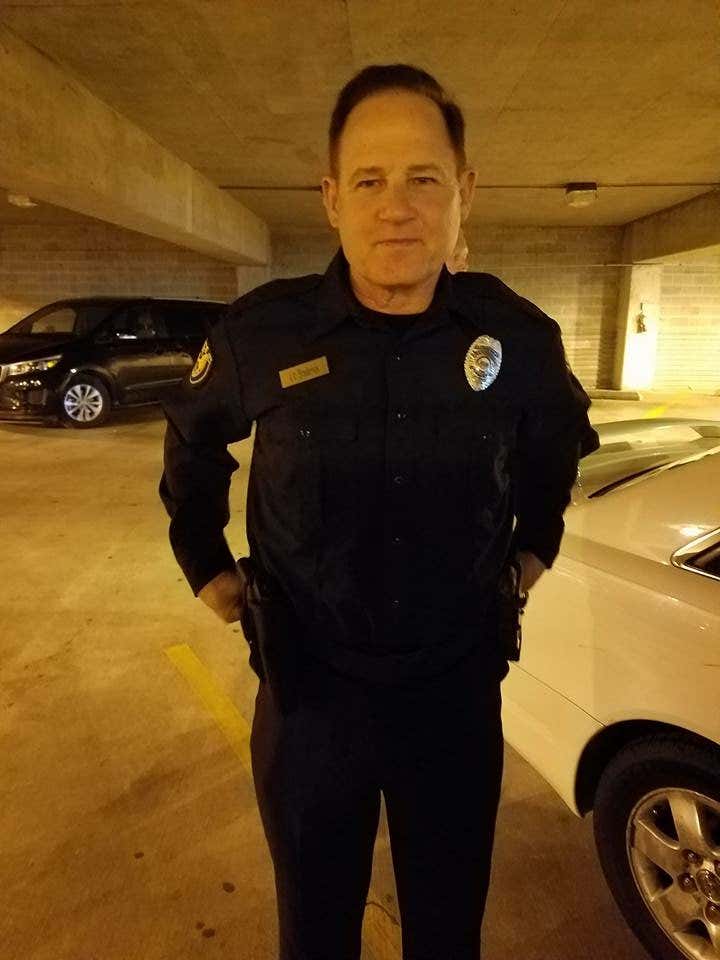 And as of today, the sheriff has brought in a new 5-star recruit:

Gotta say, for a guy who wanted to be an actor after he stopped coaching, Les Miles isn’t very good at acting. However, I do love that man.

Kansas is officially a football school now. Will anybody come to the spring game? Probably not. I mean, this is a Kansas football scrimmage we are talking about. Throwback to when the fans stormed the field after they beat Rhode Island in 2016: 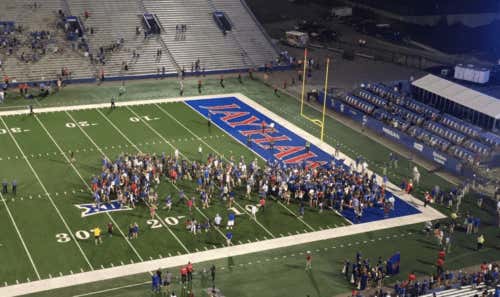 Spring game concerts don’t make much sense to me. I get trying to get students to the game, but a 15-30 minute set from a relatively popular rapper can’t bring that many into the stadium. Also, how awkward is a concert like that? The stage is 50+ yards away from the stands.