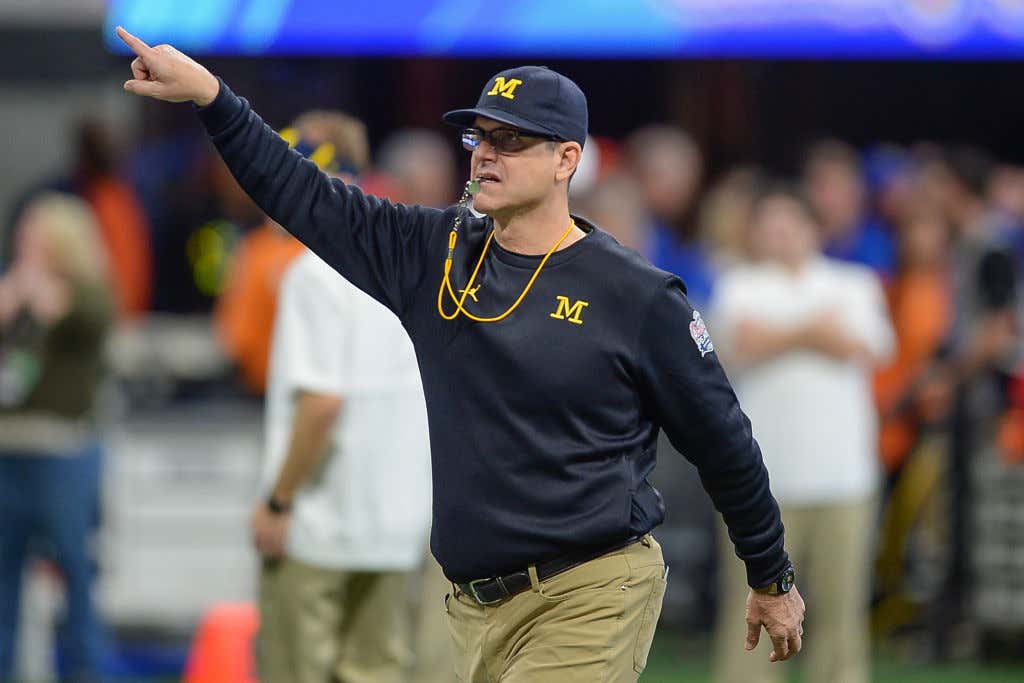 I have no official data to back this up, but I believe if you were to ask every Michigan fan what their main complaint was over the past decade or so, the top response would be about the QB position. We saw a little bit of Shea Magic in 2018 (more on him below), but the season certainly did not end as Michigan fans wanted.

2019 is a different year for them, though. Currently, Michigan is 16/1 to win the national championship in 2019. That certainly won’t occur without success from the QB position. Jim Harbaugh’s plan to get his players ready includes this bizarre drill:

Really don’t know what to think of this. I guess it works on quick release? That’s the only thing I can really think of.

At the end of the clip, Shea throws the ball behind his back (quite well). I would love to see him do that in a game just so we could get a new Harbaugh freak out clip. Speaking of Shea Patterson, I do feel people are quite low on him. Some of his stats from last year:

There was a lot of shock when the Ohio State-Michigan look ahead line came out.

4 points (or so) for home field advantage and other factors like Shea Patterson show that Michigan should be around a 6 (or so) point favorite at this point in the offseason.

I think good things are coming for Michigan in 2019. I may own the only real estate on Jim Harbaugh island, especially after the video above, but I’ll die here if that’s what it means.