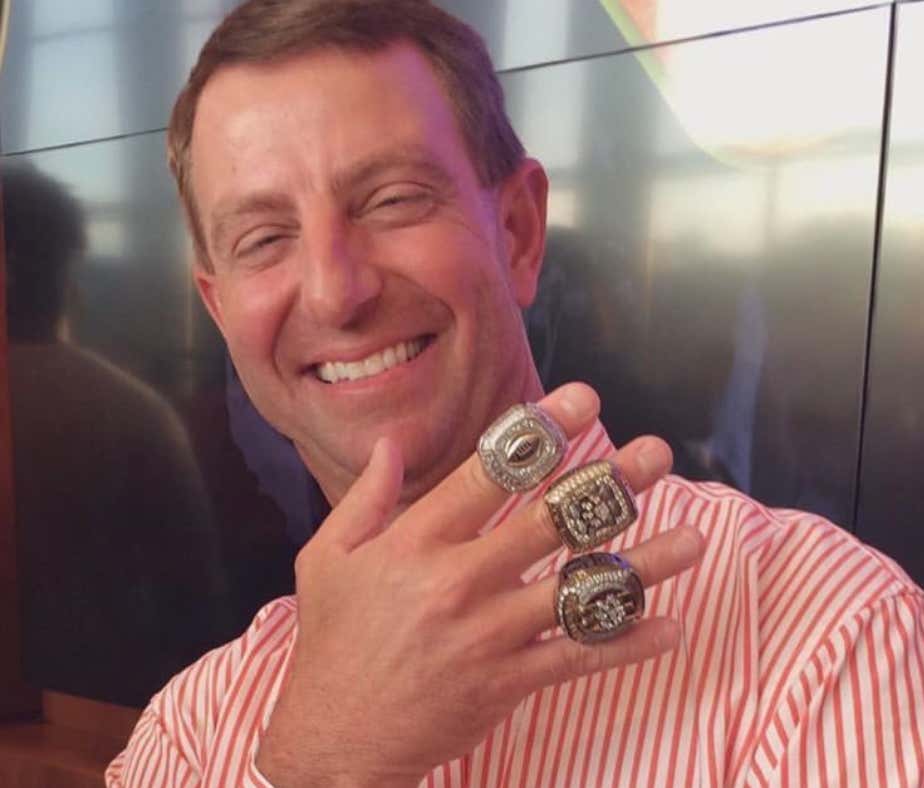 I’ve beaten this drum senselessly, but recruiting is the most important part of college football. The evidence is clear. You cannot win a national championship if you do not have a roster that has more 4/5-star athletes than not. You can point at outliers that have become great players that were not 5-star recruits, but they are the exception, not the rule. If you need any more evidence of this just look to Nick Saban and how much he cares about recruiting.

Saban is the gold standard when it comes to recruiting, but Dabo Swiney ain’t too bad himself. The 2018 team who won the national championship ranked 5th in recruiting rankings according to 247Sports. The 2016 team ranked 9th.

The thing about recruiting is it never stops. Ever. So, you may have won the 2018 national championship, but if you want to position yourself to win another one in 2021, you better get on the phone ASAP. Currently, for the class of 2020, Clemson ranks 2nd. They are also telling elite 2020 recruits that they are full and won’t be needing their services any time soon:

As the Chiclets guys say: nottttttt a big deal.

Clemson is becoming the Leonardo DiCaprio of the college football world. Oh, you are a 10? Eh, I think I’m going to pass. You may be a 10, but you are on the low end of 10’s. Just Dabo Swiney things.