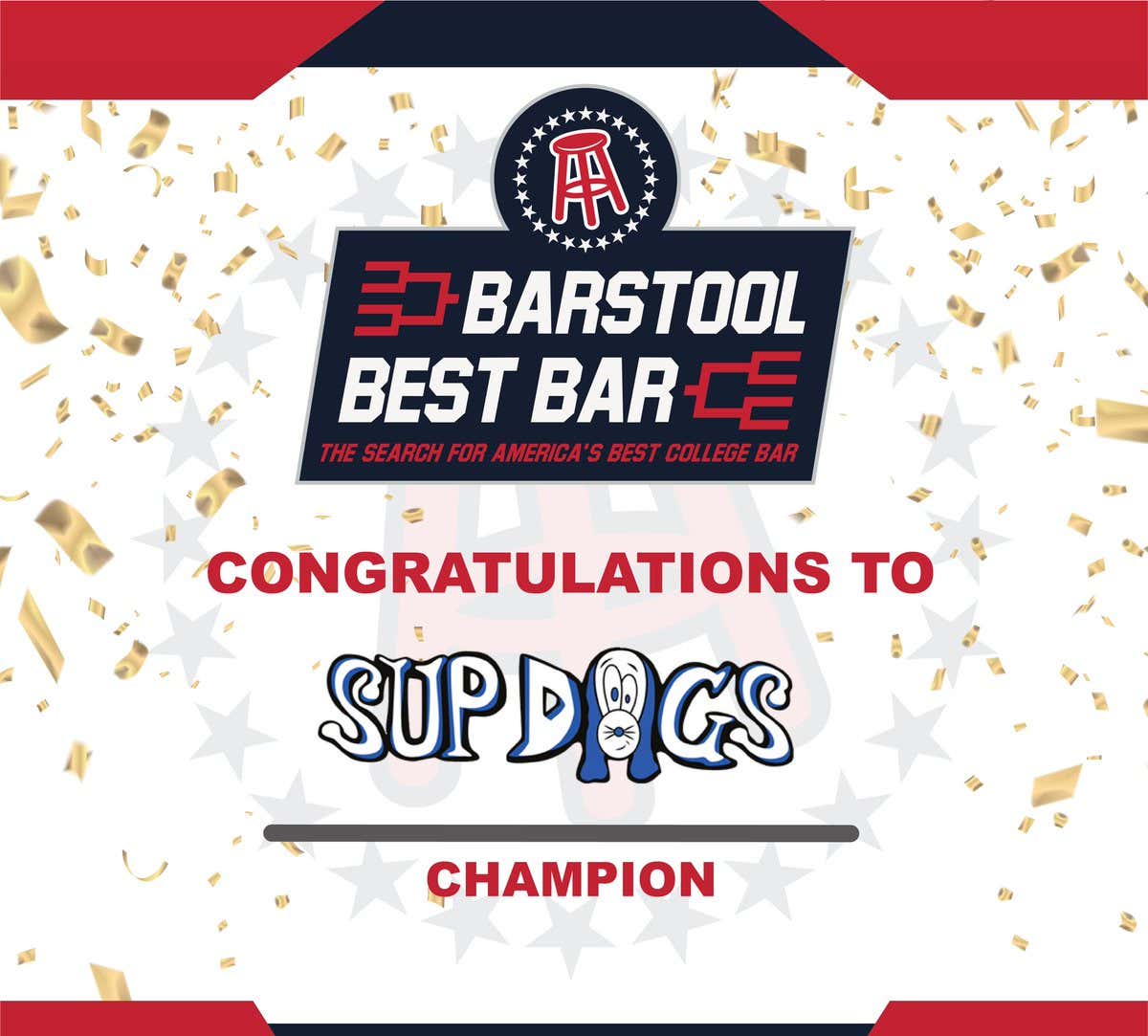 Between The Jonas Brothers, Priyanka Chopra, and Sophie Turner, Champs had almost 50 million Twitter followers on their side. There was no way they’d lose, right? How could a small bar like Sups in North Carolina beat a powerhouse like Champs? That’s what the small-minded man would say. Sup Dogs was David and Champs was Goliath. You know who won that one? That’s right, David:

Absolute jubilation in East Carolina!!! What a state!

The Jonas Bros were RATTTTLLLEDDDD!

That’s what happens when you celebrate early. Let’s not forget after reaching the Final Four, Penn State acted like they won a national championship:

SEND IN THE REPORTERS!!!! 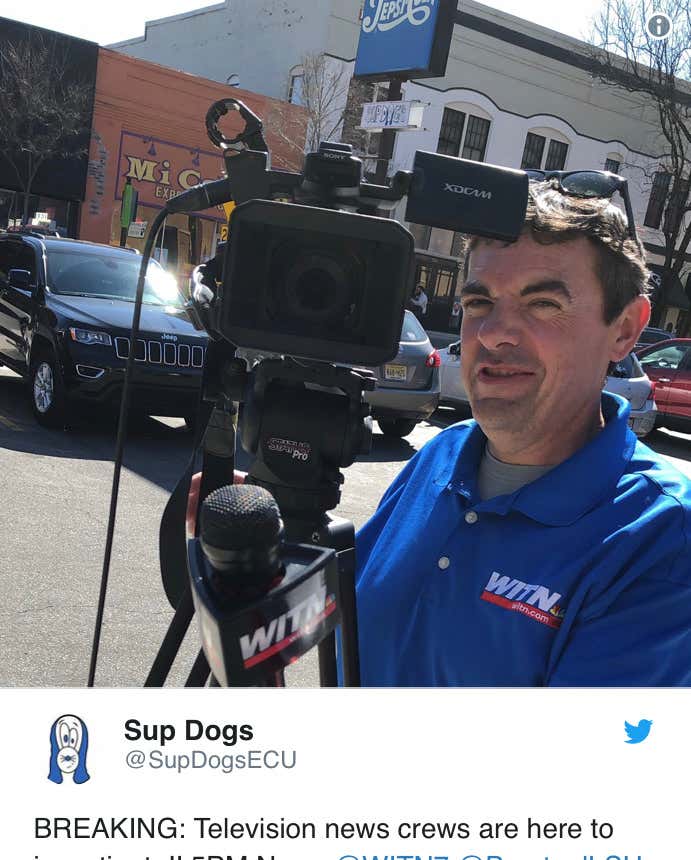 Get the Sup Pups ready!!!

They are National CHAMPS baby! Best college bar in AMERICA!!!

Don’t ever let somebody tell you your vote doesn’t matter! A margin of 400?! Was Carter Cruises tweet the difference?!?

What a wild ride this competition has been. ECU, the first AAC school to win a national championship since UConn’s 2014 basketball title. That’s right, UCF, I said it. Their title is more real than yours.

The only thing you can do post national championship win? Take your shirt off and start runnnninnnngggg:

Pretty sure they are throwing Sup Dogs hot dogs at that girl. Fitting.