When you think of great accomplishments while injured, Michael Jordan’s flu game may pop up. Maybe Curt Schilling, Kirk Gibson, or Tiger Woods during the 2008 US Open. There’s a new performance to add to that list.

A very good looking female, who is an “Australian mum of 2″ according to her Instagram bio (I love the term mum. It’s so funny to me). Thanks to her 9 million followers, she is an Instagram “influencer.” The Super Bowl for Instagram influencers is Coachella, which begun yesterday. This is unfortunate timing for Tammy Hembrow who recently broke her ankle: 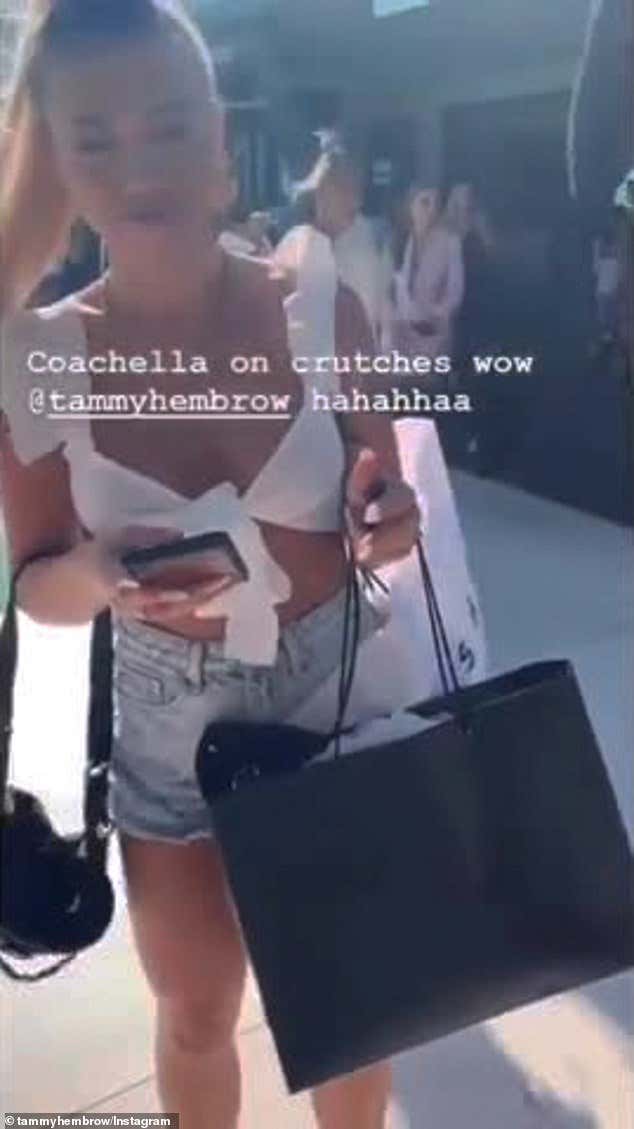 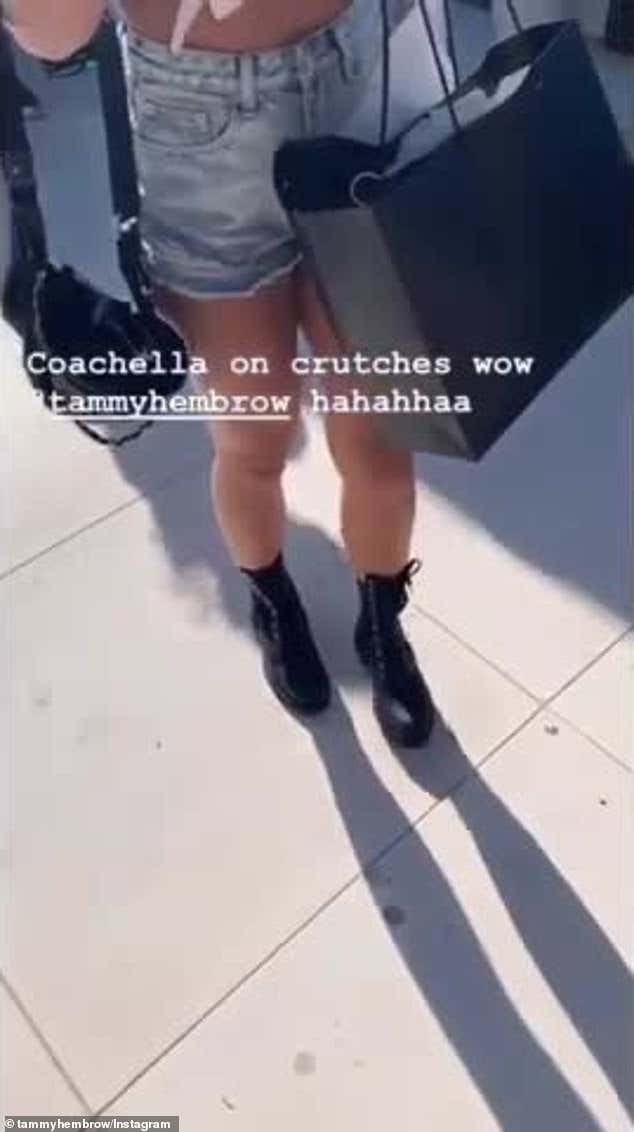 SOURCE-‘Tammy’s literally got a broken ankle, so she’s going to Coachella on crutches,’ the female friend can be heard saying off-camera.

While Tammy appears in the video, she isn’t seen on crutches, but appears to be in some pain as she limps from side to side.

Wearing a pair of black ankle boots, Tammy can be seen grimacing as she stands around a pool, clutching a shopping bag in one hand.

Crutches is a bold move. I think Tammy should just go with a wheel chair. Takes away all the issues of Coachella: walking everywhere. Also, if you’re in a wheel chair there’s a chance you can be lifted up in the middle of a rave. Content, content, content.