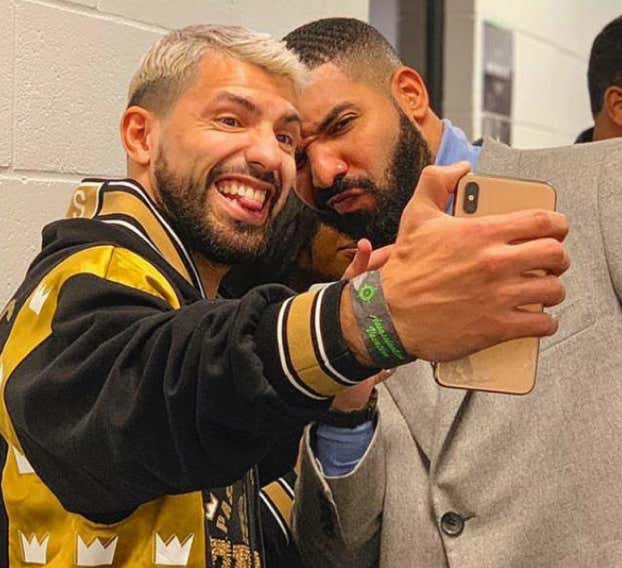 We’ve all heard of the infamous Drake curse: 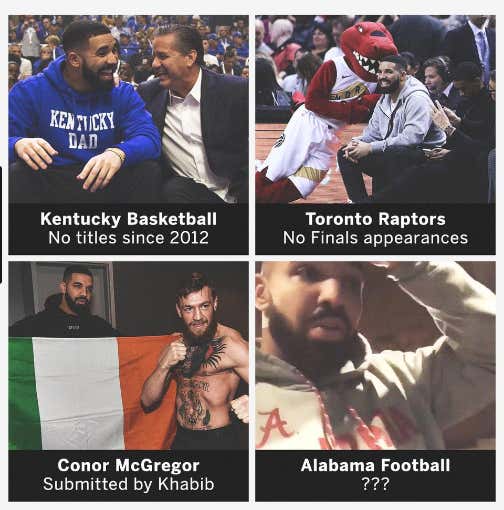 Of course, Alabama ended up losing the national championship after Drake came out in support of them. The Drake curse became such a meme, that he even poked fun at it before the AFC/NFC Championship: 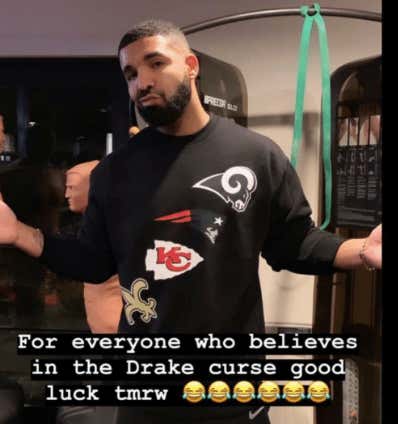 This resulted in 2 OT games.

Recently, the Drake curse has taken over the soccer world: 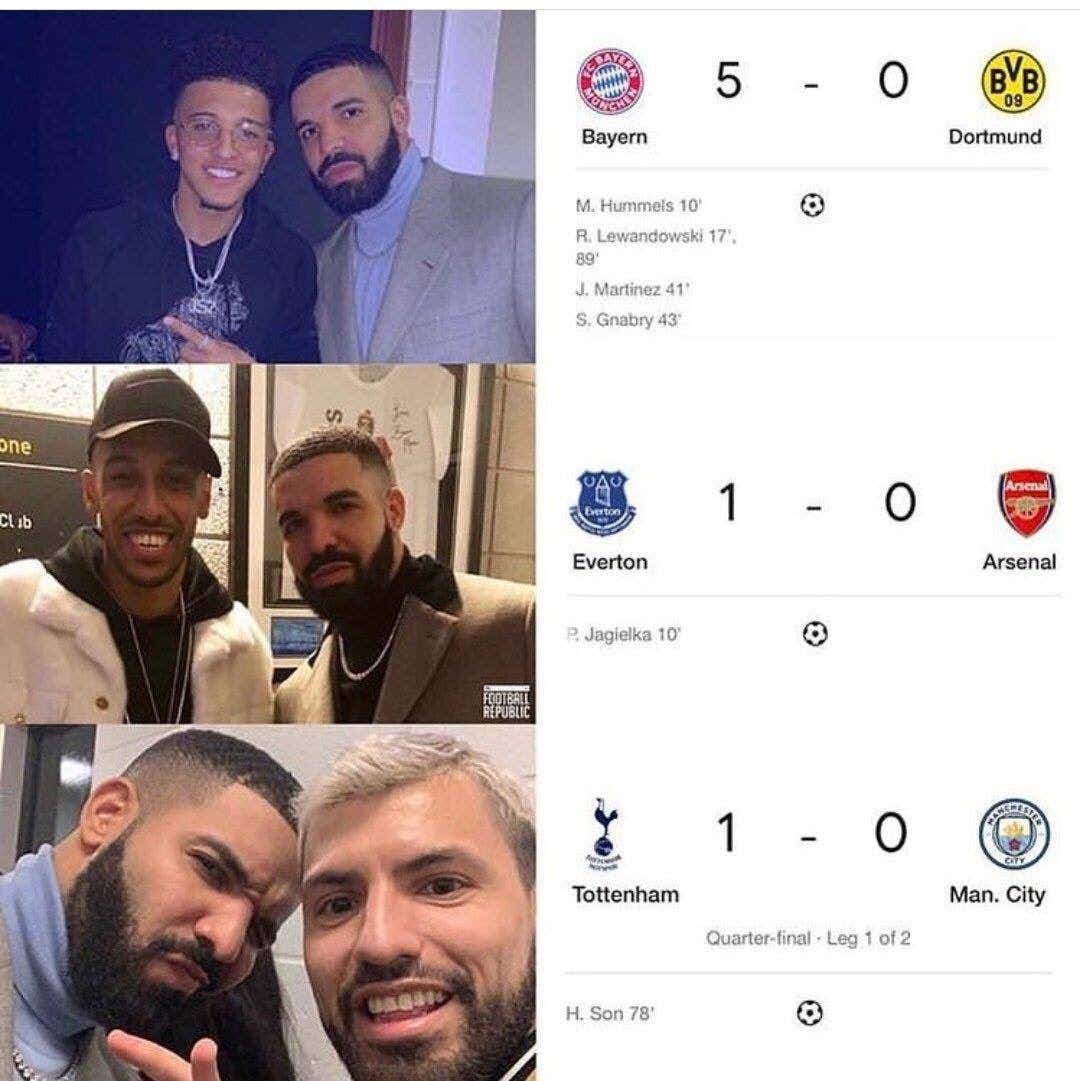 All three of these games & photos came over the past few weeks. What really put it over the top was this photo of Drake with PSG defender Layvin Kurzawa:

PSG lost to Lille 5-1 on Sunday. Lille was 4/1 underdogs against the powerhouse that is PSG. 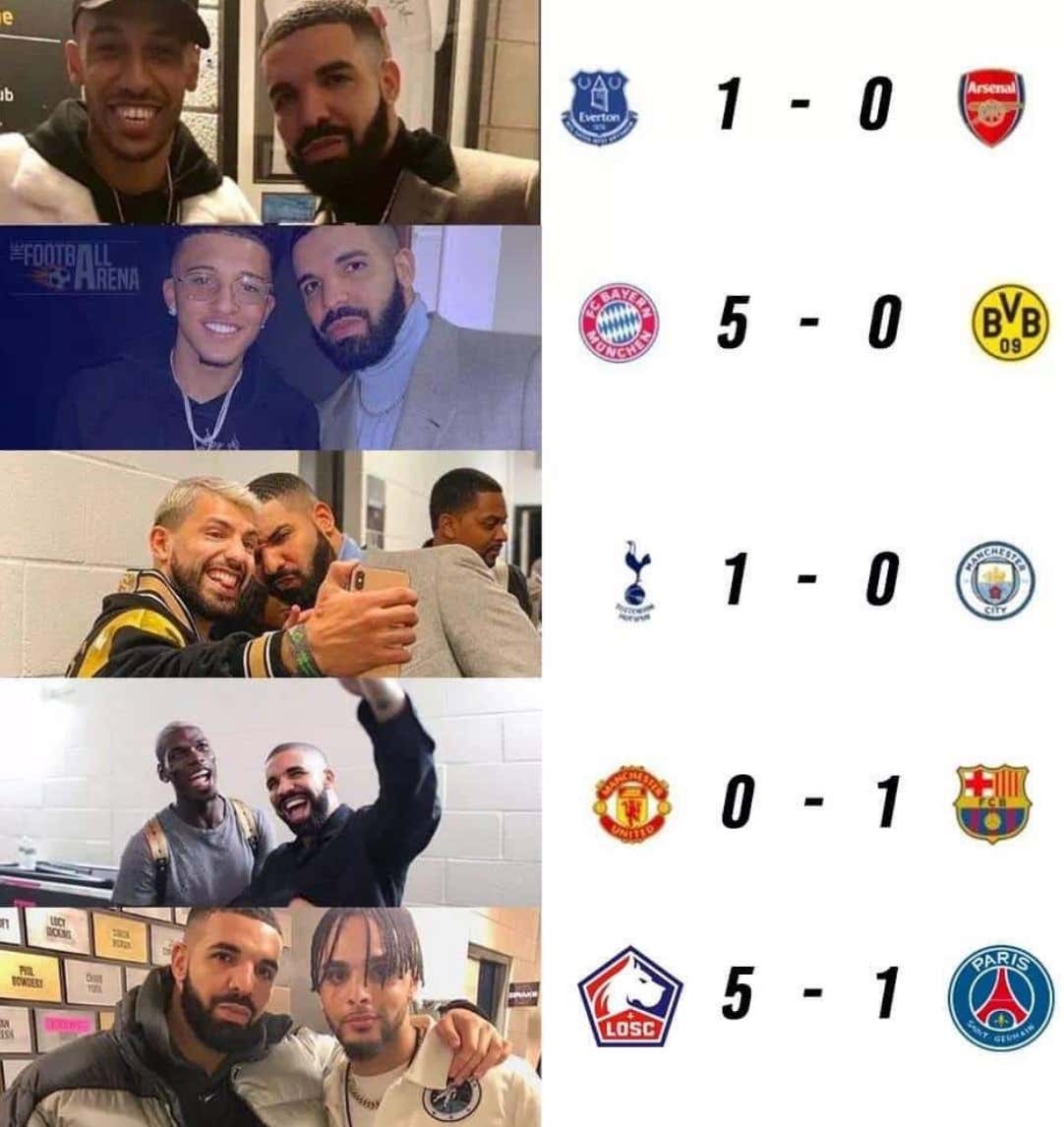 Knowing that this trend is growing, Roma has banned all of their players from taking any photos with Drake:

Desperate times call for desperate measures. In Europe, soccer is often life or death. Gotta do what you gotta do.