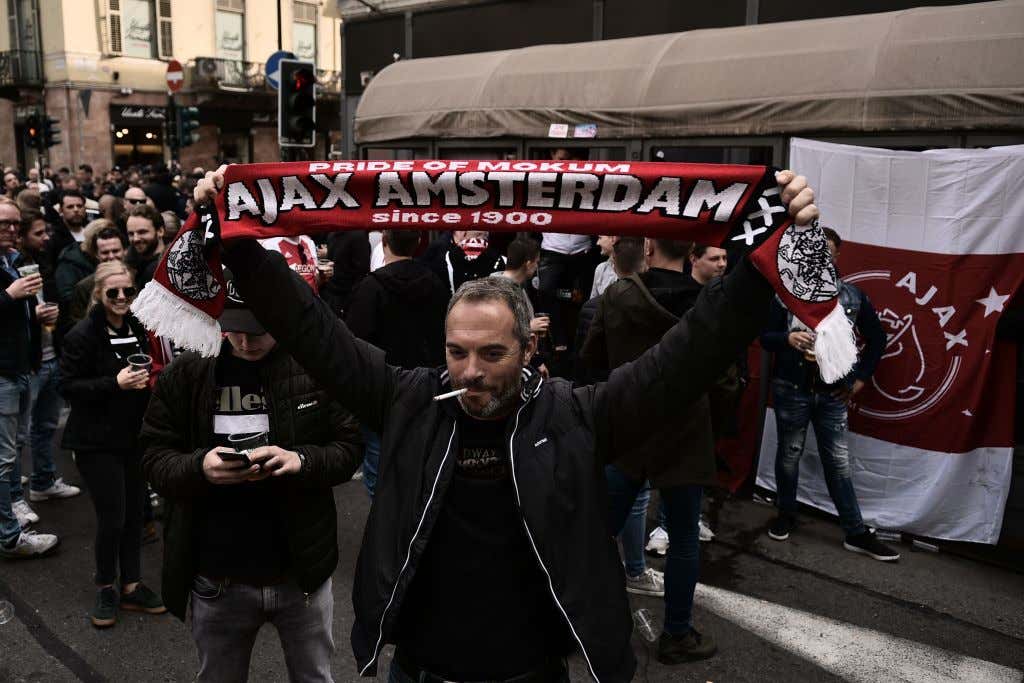 Who has the craziest fans? Hockey? College Football? NFL? Those are all wrong, the correct answer is soccer fans.

SOURCE-Italy are to expel 54 Ajax fans who were arrested in Turin for possession of dangerous objects on the eve of the Champions League clash against Juventus, the Italian government confirmed on Monday, 15 April.

“Fifty-four Dutch fans, who arrived in the past few hours in Italy will be expelled on public order offences and escorted to the border tomorrow morning,” a statement from Italy’s Interior Ministry read.

“The group was found in possession of weapons, smoke bombs and firecrackers.” Interior Minister Matteo Salvini added: “Thanks to the police: no one can be permitted to come to Italy to cause trouble. Our stadiums and our cities are closed to those who are violent!”

Picture this. Right before the Jets – Patriots game in Foxboro, a group of 60 Jets fans are arrested for having weapons while tailgating. The head of Foxboro PD banishes all 60 of these Jets fans from Massachusettes. Although Patriots fans can’t call out Jets fans for being the crazy ones, because just one week earlier, 140 Patriots fans were banished from the state of New York for the same reason:

More than 140 football fans, mainly Juventus supporters, were arrested for possession of dangerous objects ahead of last week’s first leg game in Amsterdam.

You know how football fans are always applauded for pulling the fire alarm before a big game at their opponent’s hotel? Well, soccer fans, specifically Ajax fans, one up that….with fireworks:

Nothing compares to soccer. Were playing checkers in America when it comes to fandom.

P.s. Ajax players are just as crazy as their fans:

P.s.s. Ajax and Juve play today at 3 PM. They are tied 1-1 after the first game of the two they will play in the quarterfinals of the Champions League, which is the Super Bowl of soccer featuring all major European leagues.