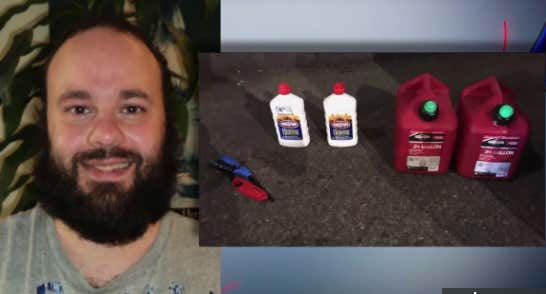 This is a Barstool exclusive thanks to my sources involved in the situation.

Early on Wednesday, students in Philosophy 1101 got some good news from their professor: 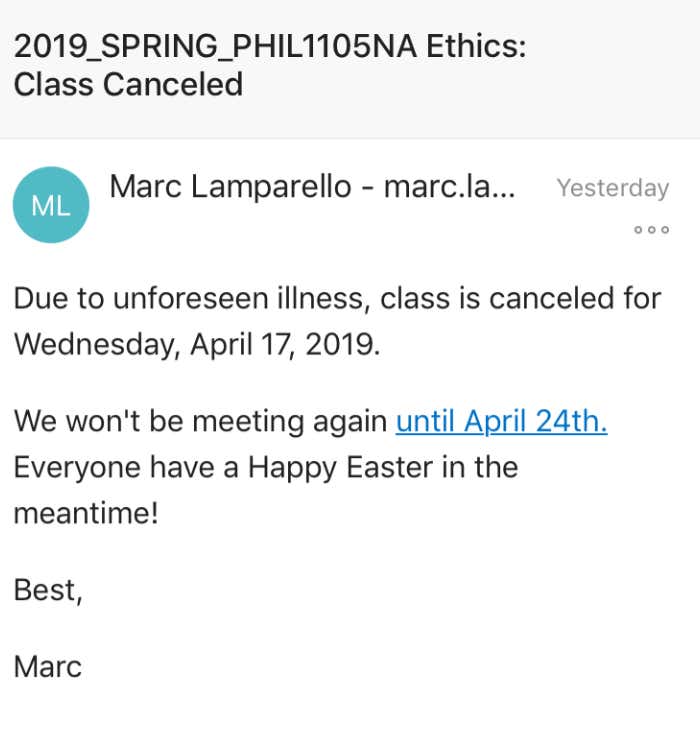 Now, it turns out that students aren’t the only ones who lie about being sick to get out of class. The professor for Seton Hall’s Philosophy 1101, Marc Lamparello, was indeed lying to his students. He wasn’t sick. Instead, his “unforeseen illness” was actually his plan to try to light St. Patrick’s in NYC on fire:

Look at that neckbeard:

Luckily nobody was injured by this psycho.

Now, it’s pretty hard to fail philosophy class, but imagine if you were on the brink of failing a class and then you find out your teacher has been arrested after trying to blow up one of America’s most iconic churches. Talk about a thrill.