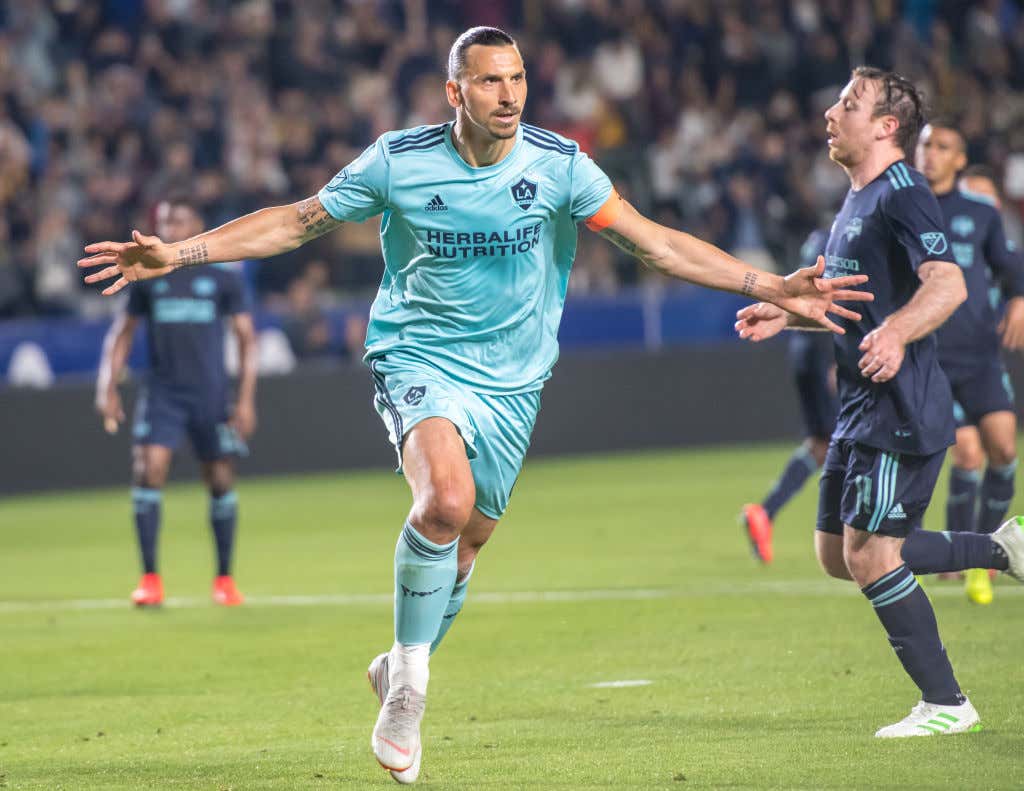 Did you forget Zlatan Ibrahimovic is one of the greatest soccer players of all time? Don’t worry, he’ll remind you about it and that’s why we love him.

Last night’s game between the LA Galaxy & Houston Dynamo ended with a win for Zlatan’s Galaxy. A big win for LA, who handed Houston their first loss of the season. LA won 2-1 with Houston’s lone goal coming via penalty after a controversial call that was upheld by VAR (soccers video replay):

Zlatan was not a fan of this call and VAR as a whole (VAR is very controversial in the soccer world). When asked if he was afraid of the MLS potentially fining or suspending him for his comments, this was his response:

The crazy thing is that this isn’t even in Zlatan’s top 100 comments of all time.

Some of his best:

-After Arsenal gave him a try out as a teenager, “Zlatan doesn’t do auditions”

-On his trouble with a coach at Barcelona: “When you buy me, you are buying a Ferrari. If you drive a Ferrari you put premium petrol in the tank, you hit the motorway and you step on the gas. [Pep] Guardiola filled up with diesel and took a spin in the countryside. He should have bought a Fiat.”

-On his ex-girlfriend’s engagement gift, “What do you mean “present?” She got Zlatan.”

-On trying to find an apartment in Paris: “We’re looking for an apartment. If we don’t find anything, then I’ll probably just buy the hotel.”

These are only a few. Zlatan is soccer Jesus.