Over the weekend, the NCAA Gymnastics championships occurred. Oklahoma took home the championship, while LSU placed 2nd. Expecting to win the national title, LSU’s seniors didn’t fall apart as a team. They reflected on their time at LSU:

LSU was so grateful for their teams and fans that they put up a billboard near a Louisiana highway:

Harmless, right? Not to Darren Rovell who was not a fan of this tweet:

This started an absolute all out war on Twitter. He was partially ratioed:

Which, Darren turned into an opportunity to let us know that he indeed go to Northwestern:

He then killed a joke commonly used on Twitter: 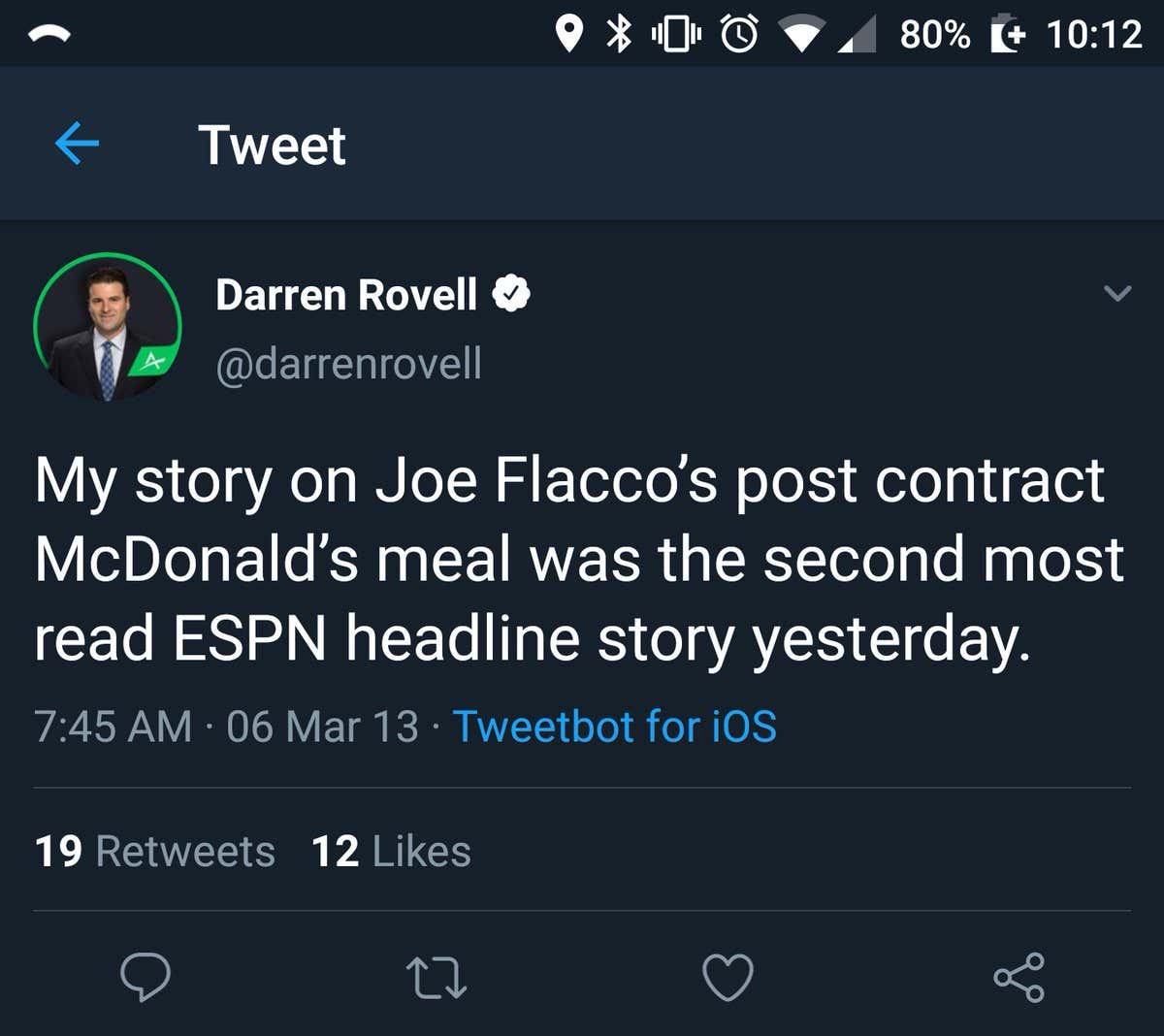 Darren REFUSED to take the L and defended him celebrating his marathon finish:

He then spun the entire interaction(s) into philosophizing how great of a medium Twitter is for discussion:

P.s. A big SUP to the entire LSU gymnastics team.