For those who don’t know, The Senior Bowl is a post-season college football all-star game which showcases the best NFL Draft prospects of those players who have completed their college eligibility. The game is completed after 5 or so days of practice. It’s a big event for players looking to get drafted. It appears this event was so big for Daniel Jones that he went from a 5th round pick to the 6th pick in the entire damn draft according to Dave Gettleman. Nothing like a small sample size. It appears Dave Gettleman has a massive hard on for Senior Bowl MVPs:

Jones may be mature, but let’s not say he is too mature because he may not play for 3 YEARS:

Good thing that #6 pick is sitting on your bench.

Dave Gettleman may be a mad genius for skipping out on Sam Darnold for Daniel Jones a year later, but it certainly doesn’t seem like it.

At least Daniel Jones has a strong jaw: 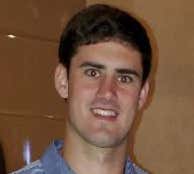