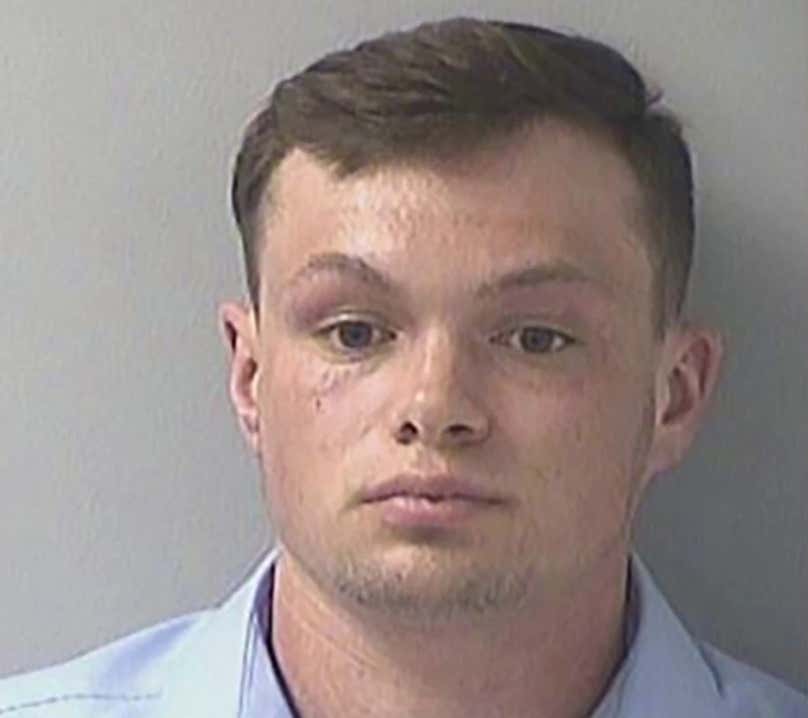 Time to take a trip down to the fraternity capital of the world: Miami, Ohio.

The picture above is of Cameron Bleses Wallace, a member of Alpha Sigma Phi at Miami University (no, not the one you are thinking about, the one in Ohio). Wallace has recently been arrested on a list of charges connected to his fraternity. You may be thinking, “oh, what did he pound too many brewskis and steal an animal on campus?” Nope, much worse:

SOURCE-An unhinged student at an Ohio university threatened to “shoot up” his former fraternity — and kept a “hit list” of bros he was targeting, police said.

Cameron Bleses Wallace, a 21-year-old junior at Miami University in Oxford, was arrested on aggravated menacing charges after his former brothers at Alpha Sigma Phi told cops he stormed into the frat house on April 20 and choked a member until he had to be physically removed from the residence.

Well, there certainly has to be backstory here. You don’t wake up one day with a hit list like you are Steve Buscemi in Billy Madison:

Wallace later sent text messages indicating he had a “hit list” of his onetime fraternity brothers whom he didn’t like, including the fraternity’s president and another member who may have been romantically involved with his girlfriend, according to an incident report.

Oh no! A frat on frat love crime!!! I’ve never been in a fraternity, but I’ve got to believe this happens a lot, just as it does on sports teams. As the saying goes, if there is an argument on a professional sports team, it’s either because of gambling, money, or girls.

Just the other night I saw a guy on my school’s football team getting yelled at by his girlfriend who was screaming “I COULD TEAR APART YOUR ENTIRE TEAM TOMORROW IF I WANTED TO.” I have no idea what she meant by that, but that was a serious threat that I totally believe would be taken out by the female.

“Wallace also sent texts threatening to burn down the fraternity house,” according to the report. “The witnesses stated Wallace made threats of revenge against the fraternity if he were to be kicked out and he would make allegations to the university about sexual assaults and hazing.”

Wallace no longer lived at the fraternity house at the 19,000-student public university, but still knew the code to enter the residence’s front door, prompting several members to be concerned about their safety, police said.