When you think of Tinder first dates, you are most likely thinking about sloppy hookups. I’m not one to hate on those and neither should you. If a man and a woman consent to meet up for drinks and then get down to business a few hours later, that’s their decision, not yours. Where I draw the line is when a Tinder first date ends with matching tattoos. Disgusting. Kids today are getting out of CONTROL.

SOURCE-College student Chris, from Pennsylvania, took to Twitter on Saturday, April 27, to reveal the details of the impromptu date.

The Slippery Rock University student said he decided to get matching four-leaf clover tattoos with Kennedy Walters, who he had met on the dating app.

He then shared a photo of his conversation with Kennedy, a student at Indiana University of Pennsylvania, and a photo of the finished tattoos.

It appears that Kennedy got her tattoo on her inner thigh based on the photos shared on Twitter: 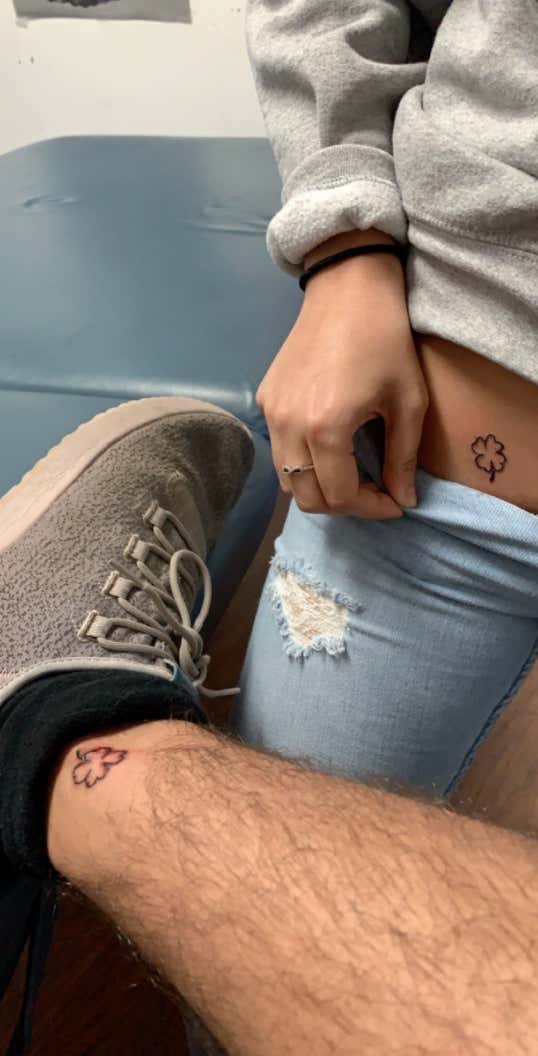 The guy just got it on his ankle, which is kind of lame. If she is saying, yes put this on my inner thigh, you’ve got to match her intensity a little bit more than just an ankle tattoo.

Hopefully he and she went back to one of their places after the tattoo. If I’m getting one of those with a girl I don’t know, it better not just end with a “yeah, I’ll text you later this week!” as we go our seperate ways from the bar.