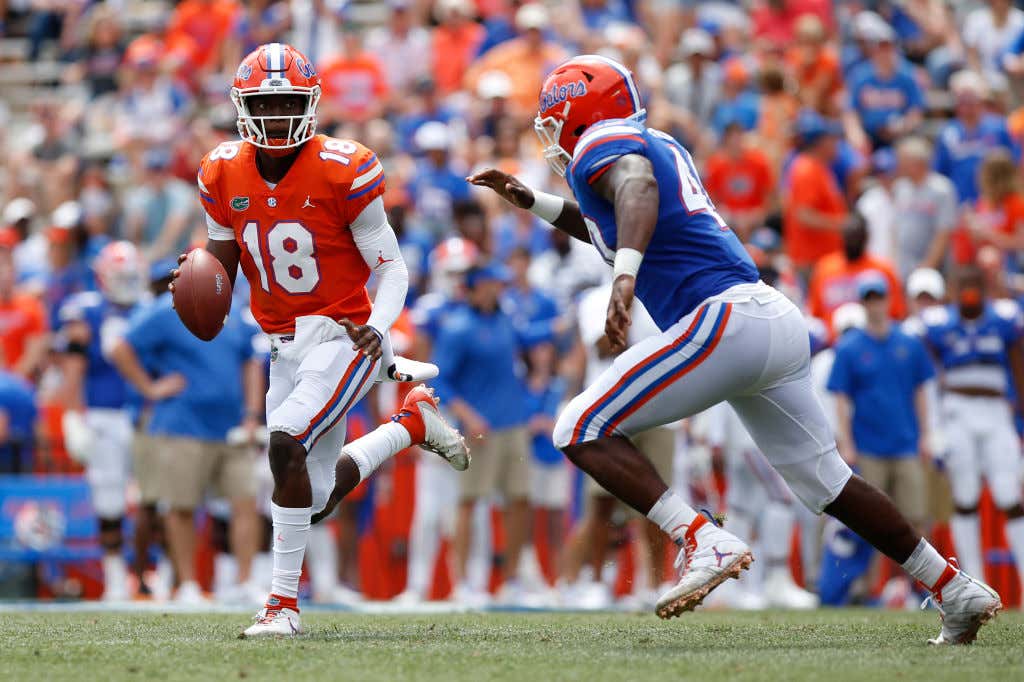 An unfortunate story is emerging out of Gainesville, Florida. QB Jalon Jones started at Florida as a 4-star QB in January, fresh out of high school. Earlier this week, it came out that he was entering into the transfer portal. This was surprising considering he had only been on campus for a few months.

Yesterday, it was released that he was accused of sexual assault before making that decision:

The allegations state two separate sexual assaults within a 30-minute span in April:

SOURCE-The reports, obtained by the Tampa Bay Times, stem from two purported incidents 30 minutes apart on April 6 at a residential housing complex. A female student told University of Florida police that the first incident began consensually, but took a turn when freshman cornerbacks Chris Steele and Jaydon Hill barged into the room and started laughing.

The woman said she then told Jones, 18, to stop the encounter before pushing the freshman quarterback off and getting dressed. She then entered Steele’s room.

Roughly 30 minutes later, Jones kissed the neck of another woman in a kitchen before removing her jean shorts and underwear, she told police. Jones then penetrated the woman, who repeatedly told him to stop, according to the report.

The student managed to escape and got dressed before calling an Uber to get home, the report shows.

Not much to say except this is not a great situation.

A sexual battery kit was performed on both women, but neither wanted to pursue criminal charges. At least one allegation was referred to university’s Division for Student Affairs, the newspaper reports.

At the time it appears no criminal charges will be pursued, so I’m not sure what this will mean for Jones’ future. There are no reports to suggest he is no longer in the transfer portal, so it appears he is looking to leave Florida.