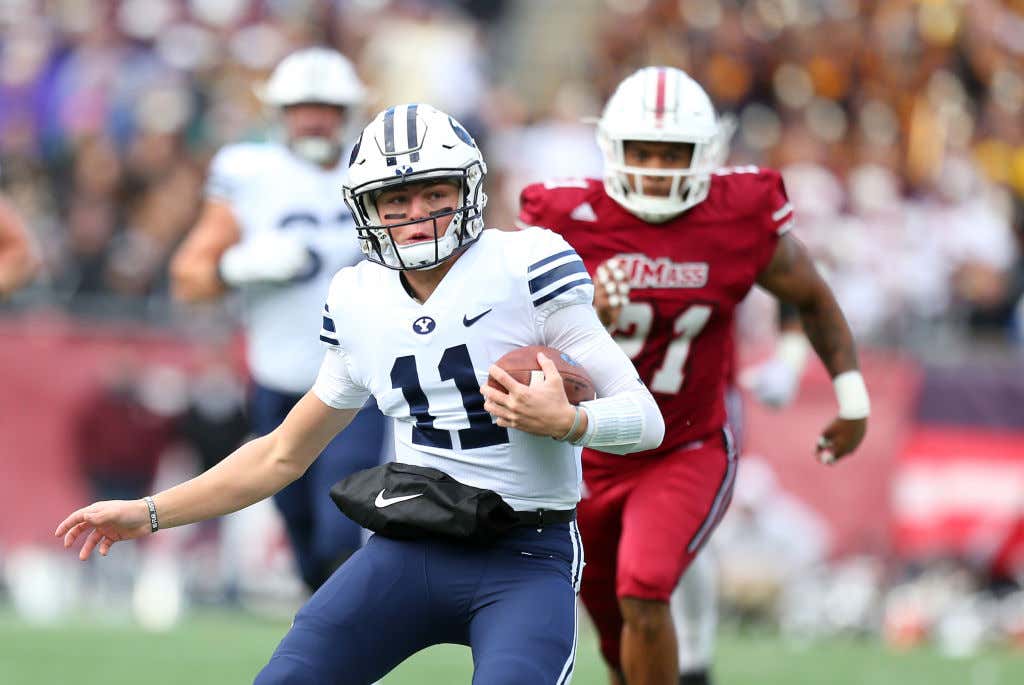 One of the often forgotten bitter rivalries in college football by fans in the north is The Holy War between Utah-BYU. Those Mormons hate each other. Really no other way to put it.

Currently, Utah is on an 8-game winning streak against BYU. That’s not great news for the fans in Provo. Brigham Young is turning over in his grave looking at this losing streak.

However, there is hope for the BYU Cougars in form of QB Zach Wilson. Finally starting late in 2018, the freshman put on an absolute show for BYU, completing 65% of his passes for 12 TDs and only 3 INTs. He didn’t throw an incompletion in the Famous Idaho Potato Bowl game, which pretty much means he is the mayor of Boise now.

Zach Wilson is the future for Mormon college football fans everywhere, but to fully become a prophet, he must beat Utah. Wilson knows this and is planning on not only beating Utah this year, but starting a streak of his own:

You know what it takes to beat Utah? Big balls and a bunch of 21-year-old freshmen who just came back from their missionary trips. BYU has always had the 21-year-old freshmen, but now they have the big balls thanks to Zach Wilson. A young Steve Young, some are saying.

UPDATE: Turns out I was Jmac’d here. It was only a matter of time to be honest considering my name is Jack Mac. Zach Wilson will not be updating his number every year. However, I do think he should do this. Would be a legendary move. End the losing streak, start your own winning streak, and remind Utah of it with your updated number every year. Maybe this will inspire Zach to do so.