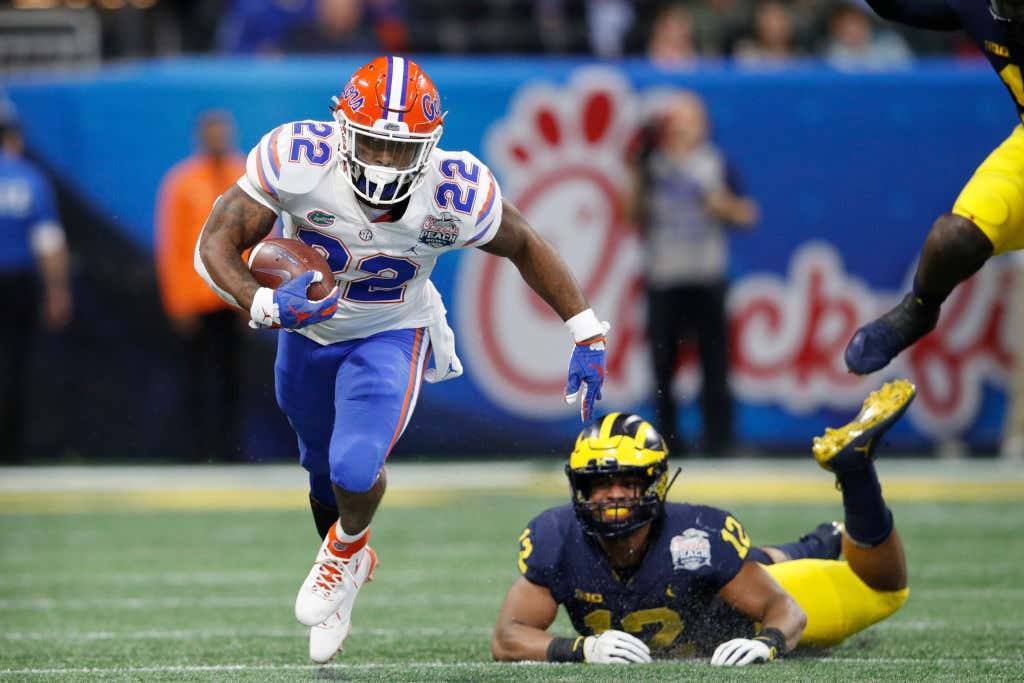 There was a point during this offseason where it seemed like a different Georgia player was getting arrested every single day. This was a dream for Florida fans. Nothing gives SEC fans joy like a player on the other team getting arrested, even if the school they attended/root for has had more arrests over the past year. It’s one of my favorite parts about college football culture.

As they say, what goes around, comes around and Florida has had a toughhhhhhh past month.

SOURCE-Florida senior running back Lamical Perine could face a battery charge after a tow truck driver accused him of pulling his arm when the driver tried to tow his mother’s vehicle.

Perine, 21, was accused May 7 in a sworn complaint of arguing with a tow truck driver while he tried to hook onto the car to tow it. The car did not have a required decal.

Perine grabbed the tow truck driver’s arm and pulled him away from the car in an attempt to thwart his towing efforts, according to the complaint.

Now, if we are being honest, assaulting a tow truck driver shouldn’t be a crime in the state of Florida. It’s the wild wild west down in Florida and pulling the arm of a tow truck driver is the least of the Sunshine States issues.

Even Florida’s spokesperson is defending Perrine:

Cervone has not made a decision on whether to prosecute. However, he’s not convinced the allegation rises to the level of a battery charge.

“That is bullsh–. There’s a certain amount of touching that is not intended to be a criminal matter,” Cervone said. “I could put my arm on your shoulder as I walk past you and technically that’s battery. Some people revel in something that’s not a big deal. It’s a football player and it becomes the end of the world.”

“It’s a football player and becomes the end of the world” is a hell of a statement for the Florida’s spokesperson to say. I understand his point, but let’s not forget how the Gainesville PD and other Florida police departments have treated football players in the past.