I still remember last August when Alex Jones was taken off Apple Podcasts, Twitter, etc. It was a sunny day that turned into a discussion over tech censorship. I said to everyone that would listen, “first they come for Alex Jones….”

I don’t have to tell you that that has been the case. We’ve seen various accounts on social media either silenced OR shadowbanned since Alex Jones was taken down. What are the reasons for this? We may never know for sure, but we DO know that this slope is as slippery as soap on a tiled floor. The latest person to fall down that slope is Gina Stewart. You may know her as the worlds hottest grandmother:

SOURCE-The World’s Hottest Grandma has amassed more than 140,000 fans on Instagram thanks to her raunchy photos.

But now Gina Stewart claims that she’s been ‘shadow-banned’ by the social media giant.

The ban is believed to be the result of a change in Instagram’s community guidelines in order to crack down on ‘inappropriate’ and ‘sexually suggestive’ content.

Absolutely unbelievable. If you want to talk about the definition of subjectivity, you are looking at it. Why is Gina Stewart being silenced by Instagram, while thousands of other Instagram models are benefiting from the platform? This leaves me to think only one thing: Instagram hates grandmas. It’s the only logical explanation. I’d love for you to point me in the direction of any other reason why Gina Stewart’s profile only shows up in the search function like this:

As you can see, her name doesn’t pop up unless you type in the full username. That is not convenient at all. Gina’s growth has been stagnated significantly.

‘This is something that not many people know about but it’s a form of censorship,’ she wrote.

‘My account is tasteful and artistic, glamorous and reflects that older woman can be beautiful. Life is not over once you turn 40.’

PREACH, SISTA!!! PREACH!! This is the type of positivity Instagram doesn’t want you to see! The social media giants of the world want to keep the common man and woman down and somebody like Gina is helping them stand up! Life isn’t over when you’re 40 or you’re a grandmother. Gina is showing us it’s just getting started:

Even throughout Instagram’s attempt to silence her, Gina is fighting back: 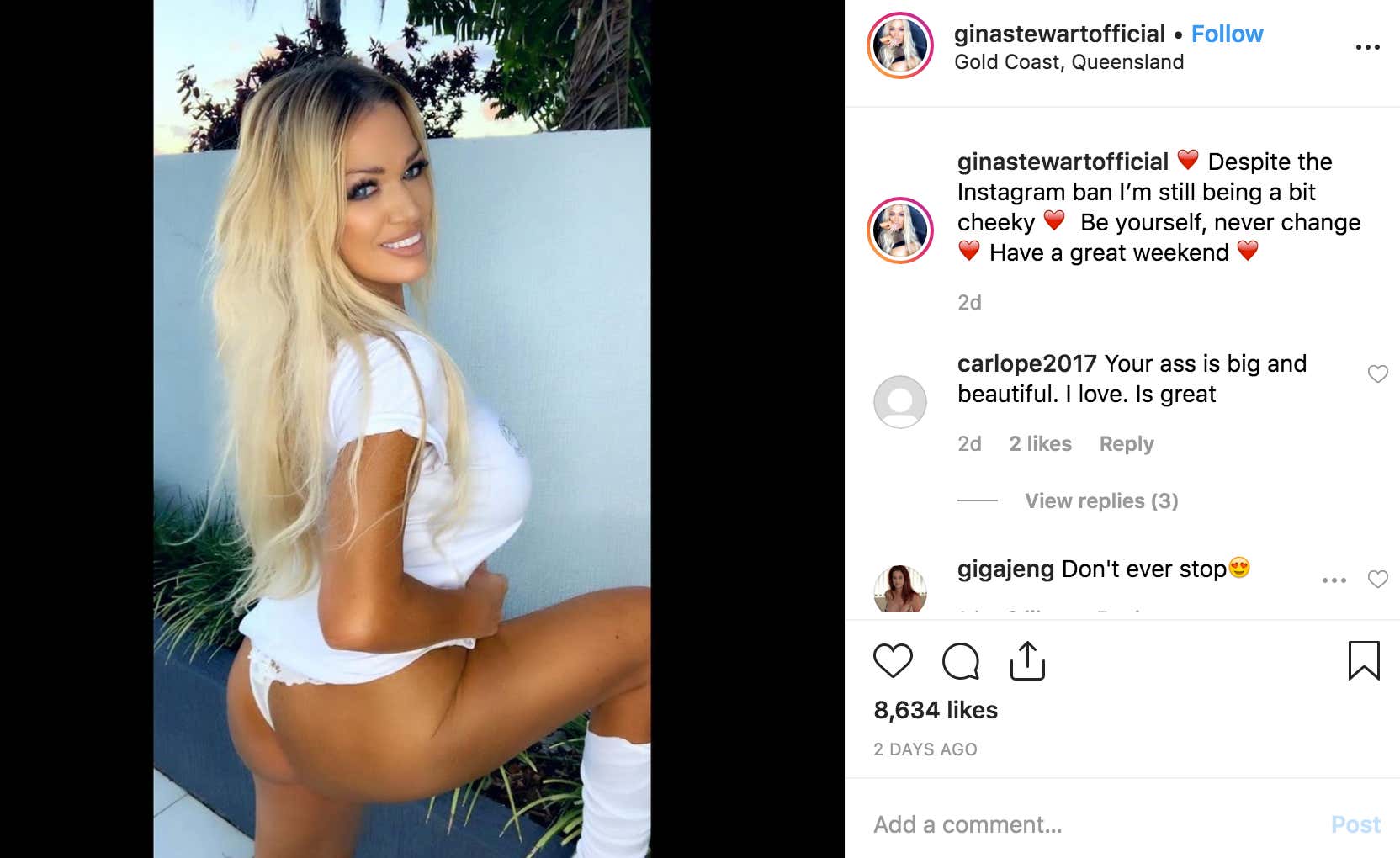 A great example to all of us. Continue to fight, even through the hard times. A modern day David vs. Goliath matchup. Go Gina Go!

P.s. Yes, Gina is a confirmed grandmother. She is 48. Don’t know how I’d feel about having a grandma who was just going TOFTB on Instagram left and right. However, if my grandma is hot, I have a pretty good shot of being attractive as well, so I guess it’s a fair trade. Still makes for an awkward Thanksgiving Dinner.