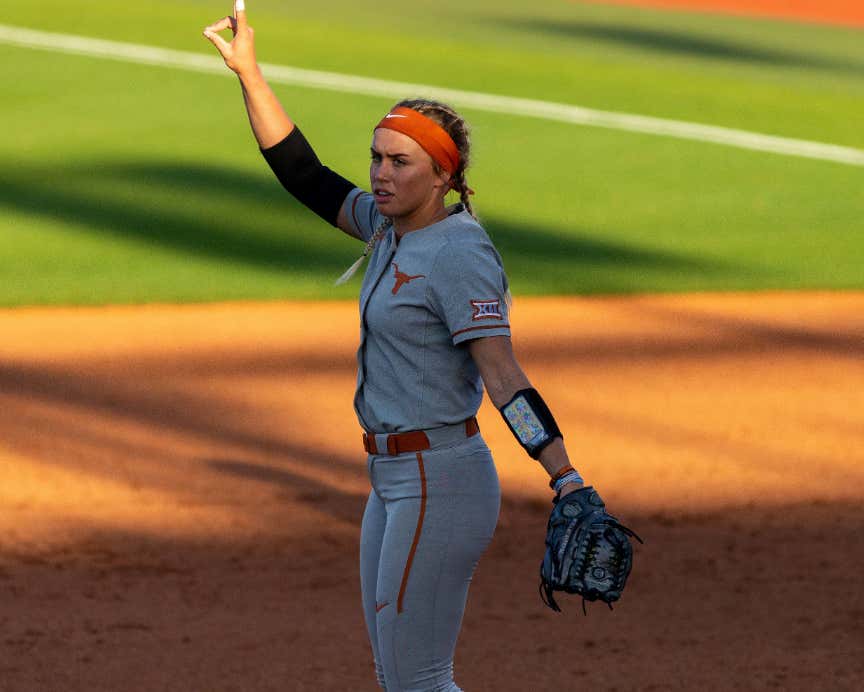 It seems like every week there’s a new “bat flip” controversy where the baseball writers association of America come out in full force with their blue checkmarks to let everyone know that they do NOT support anybody ever showing emotion on the baseball field.

I have a feeling they don’t watch college softball, but if they did, they would absolutely DESPISE Miranda Elish. The Texas pitcher may be the most electric player in college softball:

We are at the point of the year where you turn on ESPN or ESPN2 and their is college softball on no matter what. It seems this portion of the year lasts forever. Who knew their could be so many college softball games? In the past, I had a problem with it, but if I’m flipping on ESPN2 and seeing Miranda Elish, I may not change the channel as fast as I once did.

I don’t know if she screams after every strikeout, but if she does, I am all for it. Bring some electricity to the game of softball. Make it fun. And if you have a problem with that, I don’t want to be friends with you.

After a quick Twitter search, it appears she does scream after every strike out:

Look at these stats:

She can rake too:

In March she threw a no hitter AND hit a walkoff grand slam: