Remember Zach Smith? The (alleged) ass hole who took most of the blame for the fall of Urban Meyer (Urban deserves more blame)? Yeah, that guy. Well, since he’s been exiled from the football world, he has took his talents to social media while not taking mugshots:

The podcast is sponsored by “The Brett McMurphy institute of Journalistic integrity.” I laughed at that. I’ll give Zach Smith that.

The first part of the podcast is just a story of him walking in on the president of Ohio State receiving oral sex from another man in the Ohio State football facility at 1 in the morning. Kind of imagining a Vito – Sopranos scene:

Smith went on to say this was a joke and never happened. Weird way to start off. He used this fake story as an attempt to expose the fake news media.

So, that being the first part of the first podcast, we knew this was going to be a heater. Is any of this true? Who knows.

9 minutes in, he mentions that he wants to tell a story about Aaron Hernandez that we’ve never heard before.

(Side note: for some reason time stamps just arent working on our site, so I’ll just tell you where to scrub to) 9:35:

Almost seemed like this story about Hernandez is a positive one. Weird thing to mention in your first podcast.

At the 12:30 mark, Zach starts to discuss how he was physical towards his wife, but never once abused her. Bizarre thing to say as an accused abuser.

He goes on to say that he should not have been fired for domestic violence, but instead fired after 2015 for being a “mess.”

He debuts his new segment “Twitter Tough Guy Of The Week” at the 20-minute mark. This segment is dedicated to anybody who has talked shit to Smith on Twitter but too afraid to say it to his face, because as we know, Zach Smith isn’t afraid to use his hands.

The flight attendant goes on to discuss the infamous “Ok, Cool. Hook Em!” shirt. She said its a funny shirt, but as she put it “oh hey, your husband fucked me….nice shirt.” 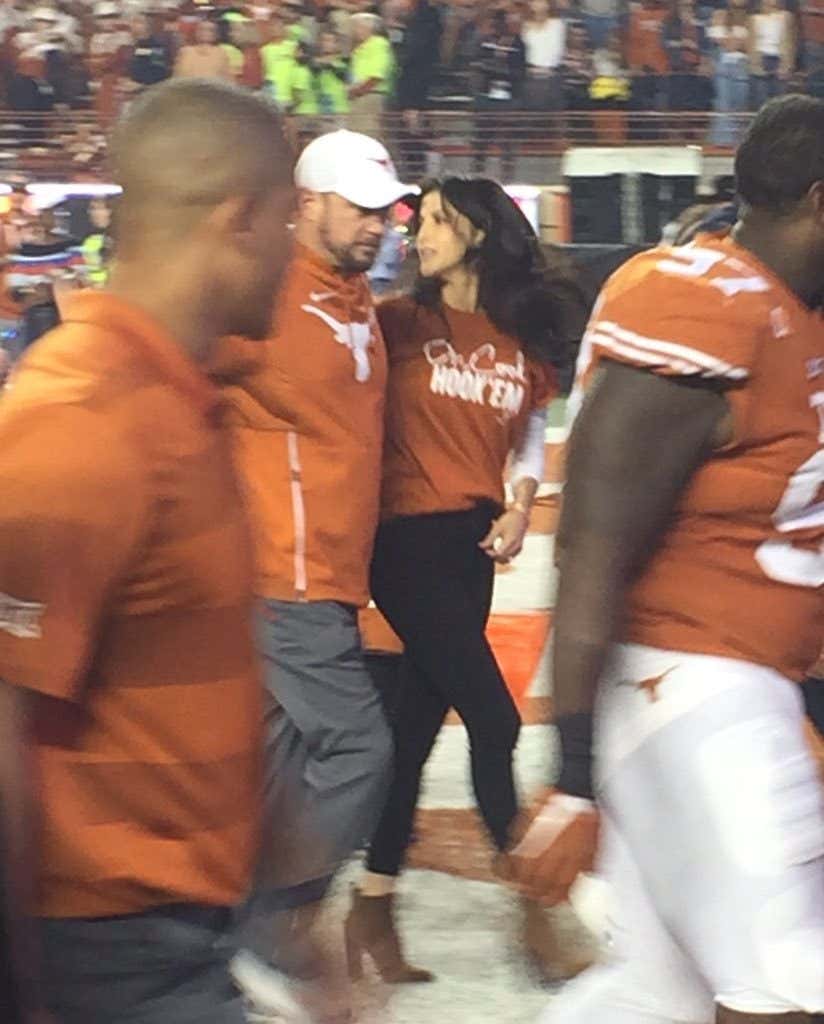 The Ok, Cool. Hook Em! shirt came after Zach Smith accused Herman of cheating via text and then put it on Twitter:

Continuing with absurd quotes on the podcast, Smith goes on to say that Urban Meyer is as elite of a person as a coach (fast forward to 32:25 mark).

And then say that he had Thanksgiving with Aaron Hernandez, which is a weird thing to brag about considering he’s a murderer (39:50 mark):

IN a weird way, I’m kinda excited for episode 2.