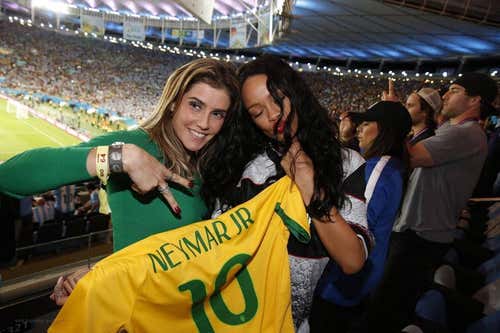 This past weekend was the UNFP Awards Ceremony in France. Basically, it’s the NFL Awards Show but for Frances soccer league, Ligue 1.

Neymar apparently had a choice before attending the award show. It was either go to the show to support your teammate Mbappe (who is looking to leave) or hang out with Rihanna. Neymar, like the smart man he is, chose Rihanna:

SOURCE-1) Show up to a massive European soccer awards ceremony to watch his Paris Saint-Germain teammate, Kylian Mbappe, be honored for being a STUD this season

Obviously, you saw what Neymar chose.

The 27-year-old had been expected to attend the prestigious Union Nationale des Footballeurs Professionnels (UNFP) Football Awards Ceremony in Paris … but RiRi called, so he was out!

Instead, Neymar turned up to the Boum Boum nightclub in Paris to help Rihanna celebrate the launch of her new luxury fashion brand.

Neymar even Instagrammed the photo, which has over 3.7 million likes. Not a big deal.

Interestingly enough, Neymar’s decision may have been a little bit of a slight at his fellow teammate, PSG superstar Mbappe. After winning the award for best player in Ligue 1, Mbappe said this:

Neymar is a little bit like LeBron. He’s incredibly talented, but hates being in the shadow of anybody else.

Anyways, here’s some photos of Rihanna: 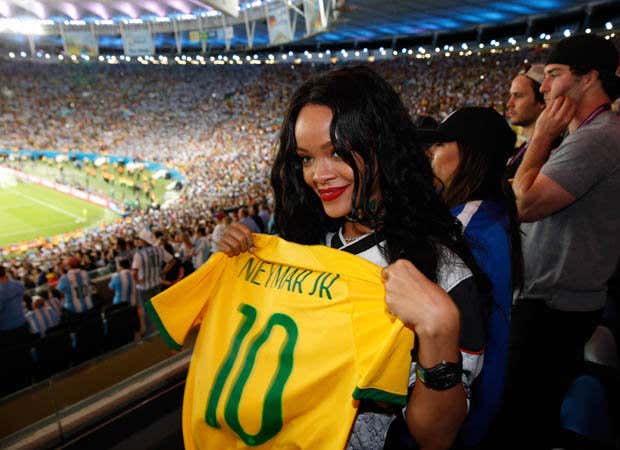