You know it was an amazing hidden ball trick because I had to watch it twice to figure out what actually happened. At first, I thought they were going to have the runner come all the way home and tag her there, but nope, that’s why I don’t call the trick plays that send teams to the D3 Softball World Series.

An awesome job by the fielders from 2nd & SS all the way to the outfield. They went down like dominoes, the proper way of fooling the opposing team in a hidden ball trick: 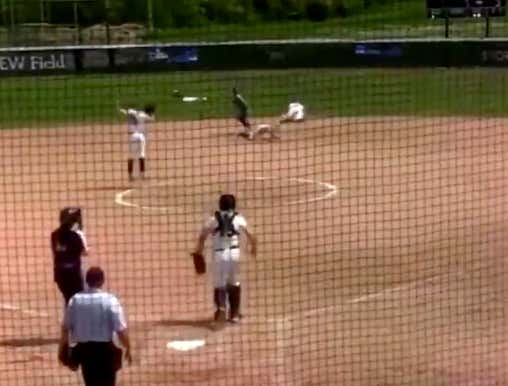 It appears the only player on the field that knew what was going on was the girl up at the plate. She was walking off the field before anyone else: 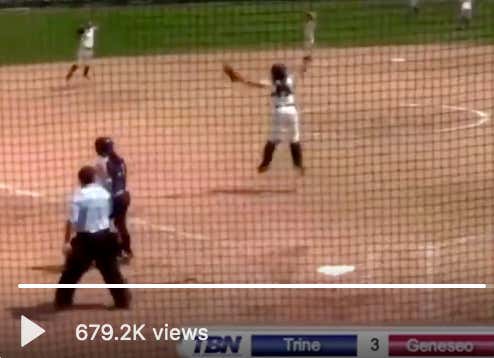 I would fail you as a blogger if I didn’t put a YouTube clip to the greatest hidden ball trick of all time:

Little Big League. A great sports movie nobody ever talks about.