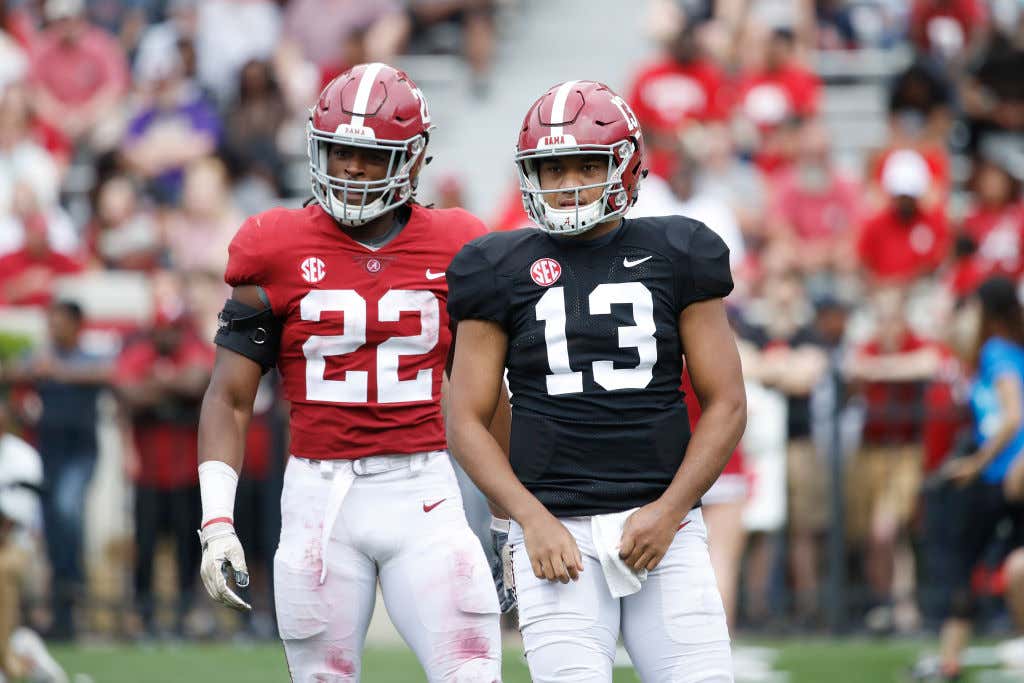 It’s that time of the year again. Preseason Magazine SZN. We are under 100 days until college football, but nothing seems to be going on, so it’s an absolutely perfect time for preseason magazines to be released. I enjoy them. Most have good information and bring me back to when I was a kid. Nothing better than a little nostalgia in the summer time.

Anyways, preseason magazines are also the spot where anonymous coaches come out to play. The only people who like gossiping more than high schoolers are college football coaches. Each separate magazine seems to have a “what coaches say” section. It’s a college football tradition. This year starts off with a DOOZY of a quote about Tua:

SOURCE-In Lindy’s Sports season preview magazine, there was a doozy of a comment made by an anonymous coach about Alabama QB Tua Tagovailoa.

Per this coach, Tagovailoa put himself ahead of the team in the title game and he things the rising junior quarterback needs to humble himself (via 247Sports):

“I think Tua needs to humble himself,” the anonymous coach said. “I think he did some bad things in the bowl game that cost the team because he put himself ahead of the team. He needs to understand Alabama won national championships by playing great defense and special teams and not beating itself. In the national championship game, the quarterback play was atrocious, and some would say the play-calling, too.”

Where do I think this quote came from? Who knows. Probably at the bottom of the standings. Maybe Tennessee? Or Arkansas? Sounds about right. You know Tua is going to put up 50 on ya, so you’ve gotta knock him down some way. I’m going to go out on a limb here and say Tua is properly humble. The guy hasn’t said one bad thing in his life. His Dad would probably get the belt if he said a swear word. This isn’t Johnny Football we are talking about. This is the guy who goes home after games to get his proper sleep in because he needs to be at church in the morning.

The Tua train was out of control last year. At points, people said he was the greatest college QB to ever walk this planet. He then had a tough game in the SEC & National Championship against two historic defenses. Now he all of a sudden is flawed and Trevor Lawrence is the new second coming of Christ. There’s a lesson in that folks. Don’t buy a ticket onto the hype train. Ever.

It’s tough to put into words just how good Tua is at this football thing:

Do you know what’s scarier? Alabama returns almost all of their skill position players for 2019. Henry Ruggs? Back. Jerry Jeudy? Back. DeVonta Smith? Back. Jaylen Waddle? Back. Najee Harris? Back. Gonna be a hell of a year in the SEC again. Should be fun. 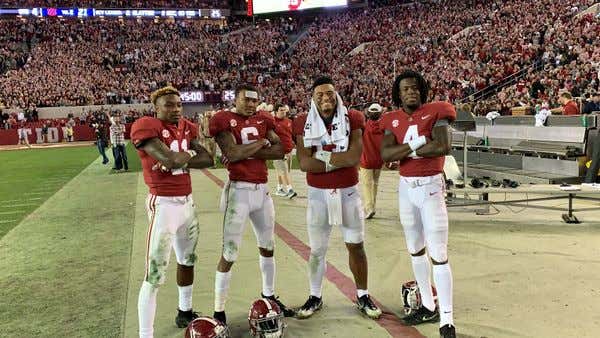