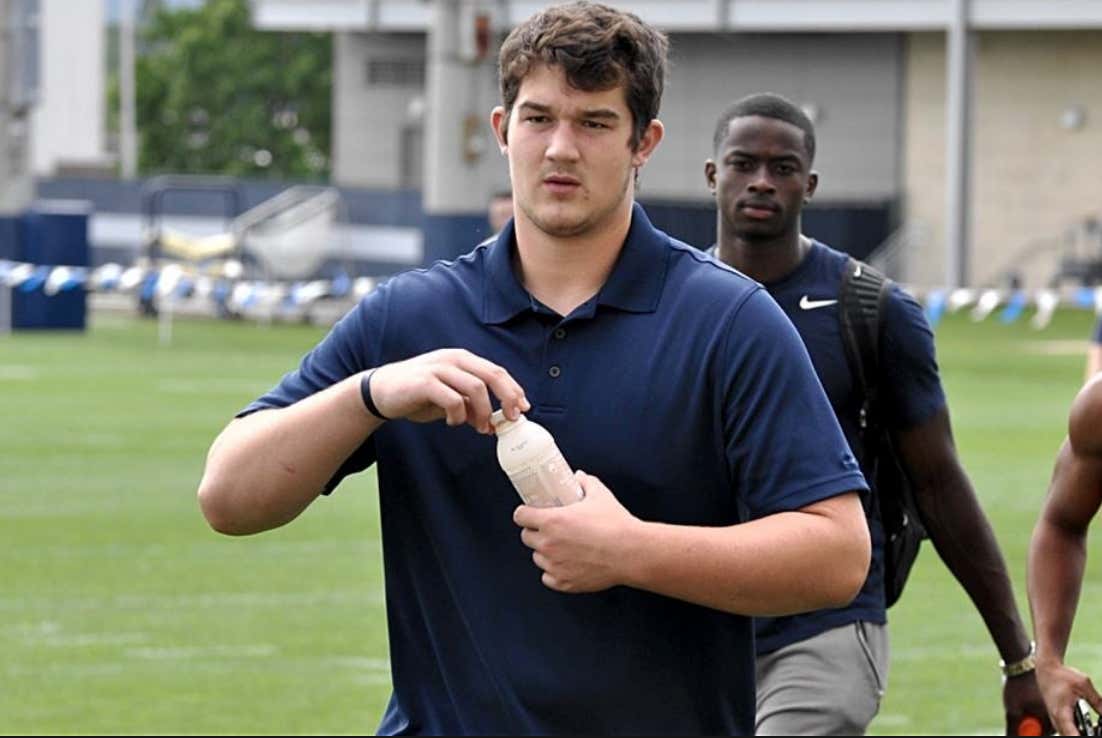 Since then, the 6-foot-5 Illinois native has gained one pound every 10 days. That’s three pounds a month. Three hundred pounds is now just a late-night snack away.

On purpose. It’s been Eff’ing crazy.

Bragging about gaining weight in your first 11 months on a college campus? As the kids say, “weird flex, but ok.”

“Chick-fil-A,” he said, hardly waiting a half-beat to digest the question.

“Mostly Chick-fil-A and some late-night Subway orders,” he said in all seriousness, with only a hint of a smile. “Mostly those two places. You just have to eat and eat, work out and drink a lot of water.”

“I came in at 265 and I weighed in at 299 last time we checked,” Effner said last week, his freshman year of college now under his — er, ever-widening — belt. Remarkably, his body fat has stayed pretty much the same, going from 19% to 21%.

“I gained mostly muscle,” he pointed out. “Mostly muscle. Make sure you get that down.”

When you down Chick-fil-A for lunch today, do not feel bad. It will turn into muscle. If it worked for this Penn State player, it will work for you. You heard it here first, folks. Barstool Fitness, my new brand.

When it comes to Chick-fil-A, Effner has two options, one on campus on the ground floor of the HUB student union building, not far from his dorm. There’s another a few miles away, on North Atherton Street. He has his order at Chick-fil-A down to a science.

“Two sandwiches and a large fry,” he said without hesitation. “I hate the turtle back fries, though. I don’t put any sauce on my sandwiches. I’m a purist. I take it seriously. I don’t do soda. I’m not a big lemonade guy. I do water. I get one of the tall ones and chug that. “

No sauces? What are you, a serial killer, Mr. Effner?