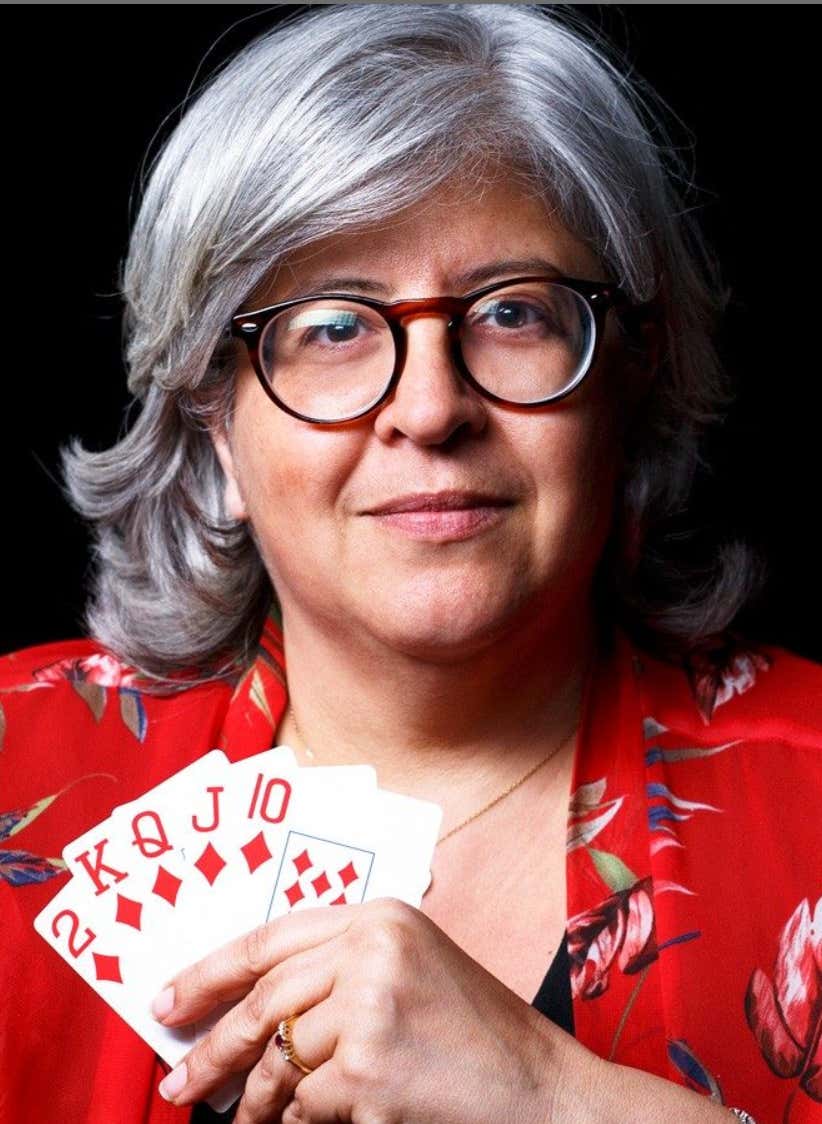 Source:
Sylvia Kairouz: “The strength of this study lies in the ability to replicate our data in three separate cultures.”

The vast majority of gamblers try their luck only on occasion and tend not to risk significant sums of money. But a recent international study shows that a small number of problem gamblers account for most of the money spent in casinos, video lottery terminals and sports tracks.

First of all Slyvia with all do respect I’d take your money in seven seconds in cards especially after this picture. How does she know anything about the majority of gamblers. Nobody in there right mind actually takes a survey and I can for sure tell you no degenerate gambler is filling it out unless there is some sort of prize involved. I am going to come out with a study that gamblers deserve their own social security check to fund their gambling habits so they don’t go bankrupt.

The researchers also found that problem gamblers tend to be drawn to specific types of games. Lotteries, for instance, had the lowest rate of problem gamblers among their customers. In France, table games, poker and sports betting generate more than half the revenues; in Quebec, slot machines, including video lottery terminals, are by far the biggest draw, followed by table games and poker. German data on this topic did not distinguish by game form.

This is my favorite part of the study because this is actually spot on. Us “problem” gamblers don’t waste our time on the Lottery, we just put half a paycheck on every single game we watch. Then more money on games at 5 in the morning in a different country to make sure we can pay the bookie on Monday.

My biggest takeaway from all of this is just leave us alone. We have enough to worry about everyday about what games to take and where the fuck our money is going to come from after losing 7 games in a row. I don’t remember the last day that I just didn’t bet one single game. There is an upside to gambling, you just have to win and thats the best feeling in the world. I also enjoy being called a problem gambler so please refer to me that now. Fucking Slvia trying to bring my mood down when I need to bet on the WNBA tonight.